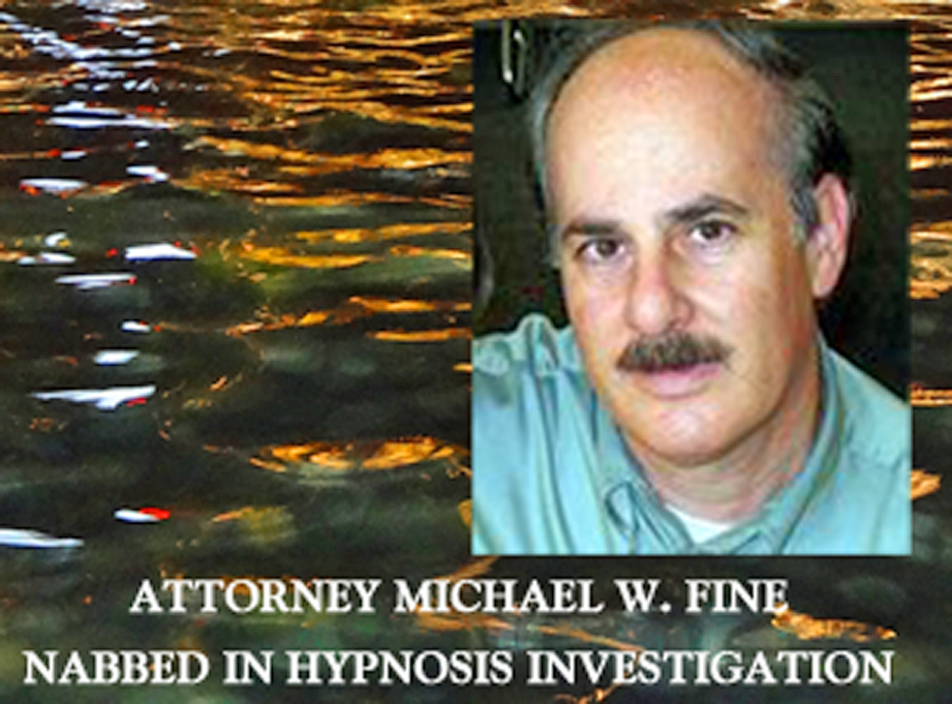 On November 21, 2014, Ohio attorney Michael W. Fine agreed to the suspension proposed against him by the Lorain County Bar Association. He is accused of hypnotizing female clients into performing sexual acts during professional meetings at his office. The unscrupulous attorney also reportedly used hypnosis on his clients inside conference rooms at the Lorain County Justice Center, while the women thought they were preparing for their court cases. Fine may have been inspired by the Woody Allen’s comedy, “The Curse of the Jade Scorpion,” in this unusual case that is infinitely stranger than fiction.

The first victim, identified only as Jane Doe #1, came to the Sheffield Village Police Department in September, 2014. She reported having no recollection of what happened during meetings with her attorney, who was handling a custody dispute case on her behalf. She strongly felt that something sexual was occurring without her consent, based on her physical sensations and the clothes that were clearly out of place. The victim wore a hidden camera and a microphone, which confirmed that her attorney, Michael Fine, was in fact using hypnotic techniques for his sexual gratification. Bar Association attorney Chris Cook told FOX 8 News, “Even a lay person could recognize that what appears to be going on is some hypnotic trance, things that you might associate with that, such as counting backwards, relaxation techniques, breathing techniques, focusing on colors, what are called code words I’ve come to learn … the use of hypnosis is real, and can be used for immoral, illegitimate and a very dark purpose.”

After the woman turned over her recordings to local law enforcement, officials obtained a warrant to record Jane Doe during a meeting in Fine’s office. Several law enforcement officers watched in amazement, as Fine hypnotized the victim, before directing her to a couch. A video camera on his desk then captured Fine’s “sexual dialogue,” while he was touching and massaging the victim. At that point, police officers barged into the room and interrupted the lurid encounter.

Another woman, currently identified only as Jane Doe #2, came forward and reported that Fine had also hypnotized her for the purposes of sexual contact. She retained Fine to represent her in a divorce case. Hypnotic sessions, performed without the victim’s consent, concluded with the attorney’s insistence that these experiences will be repeated in the future and will remain secret, without the woman’s ability to recall what took place.

From the parts of their meetings, Jane Doe #2 could remember Fine gently touching her fingers, forearm and forehead, while directing her thoughts to a “wave of relaxation.” She said that Fine would comment on “her looks and physical appearance” and inquired whether she was into having “rough sex” with her husband. Despite having been paid months earlier to prepare the marriage dissolution paperwork for Jane Doe #2, Fine was so immersed in sexual hypnosis that he did not even start working on his client’s case. One of Fine’s former law practice partners reportedly said that she also suspects having been hypnotized by the lecherous attorney.

Certified Hypnotherapist Yvonne R. Smith commented: “In my 23 years of practice, I have never heard of a such a reprehensible case as that of attorney Michael W. Fine. He not only violated the attorney/client relationship, but also violated the dignity of these women, taking advantage while they were experiencing vulnerable times in their lives and trusted him as an officer of the court. He not only deserves disbarment, but should serve several years in prison for rape. Hypnotherapy is a very effective and powerful form of therapy to change lives in a positive manner and it is unfortunate that Mr. Fine used his gift for self gratification.”

After investigating both complaints, the Bar Association filed an emergency motion with the Ohio Supreme Court, accusing Fine of posing “a substantial threat of serious harm to the public” and requesting that his law license be immediately suspended. “He appears to be extremely adept at this process. This practice and the Bar Association was extremely concerned that with his kind of ability, not only could it be going on with others, it could have gone on in the past; most importantly, we don’t want it to go on in the future,” said Bar Association attorney Chris Cook. Criminal charges may soon follow, as the evidence is being gathered by investigators to be presented to a Lorain County Grand Jury.