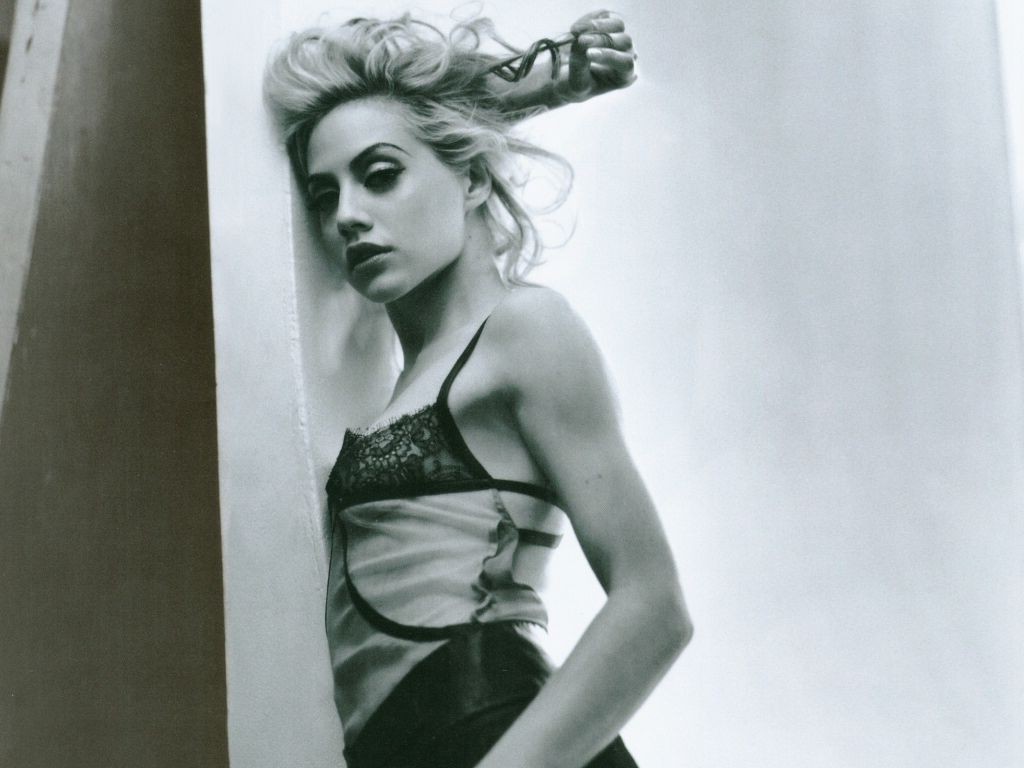 Recent revelations about poisoning as a likely cause of Brittany Murphy’s untimely demise caused furor all over the world. Sudden deaths of the 32-year-old movie star and her 40-year-old husband, Simon Monjack, were always seen as highly suspicious. Brittany’s father AJ Bertolotti had long suspected that his daughter and son-in-law were poisoned, since in days preceding their deaths, both of them suffered from abdominal pain, repeated vomiting, shortness of breath, fatigue, lightheadedness, hallucinations and other symptoms typically associated with poisoning. Mr. Bertolotti repeatedly requested that the Office of the Los Angeles Coroner test his daughter’s remains for poisons and toxins.

Chief Coroner Craig Harvey and Assistant Chief Coroner Ed Winters on numerous occasions openly admitted that Brittany Murphy’s and Simon Monjack’s specimens were never tested for poisons or toxins, but nonetheless refused to do so. In fact, the Coroner’s office informed Mr. Bertolotti that they intended to destroy his daughter’s specimens.

Undeterred, the bereaved father filed a lawsuit against the LAPD and the LA Coroner (Los Angeles Superior Court Case No. 12E09661), demanding that they release the specimens of Brittany’s hair, blood and tissues for independent testing and analysis. After years of litigation, the case was settled. AJ Bertolotti agreed to dismiss the lawsuit and in return, the Office of the Coroner would release Brittany’s hair, blood and tissue samples to an independent laboratory for testing.

Forensic laboratory tests recently revealed that Brittany’s hair contained abnormally high levels of 10 heavy metals, including the toxic metal Barium (common in rat poison), Uranium, Selenium, Manganese, Antimony, Aluminum, Copper, Silver, Tin and Platinum. The summary of the lab test went on to state that if one was to “eliminate the possibility of a simultaneous accidental heavy metals exposure to the sample donor, then the only logical explanation would be an exposure to these metals (toxins) administered by a third party with criminal intent.”

Famed forensic pathologist, Dr. Cyril Wecht said in an interview with Good Morning America: “Brittany Murphy’s death is highly suspicious. It is a report from an accredited laboratory. It cannot be ignored.”

ABC’s Chief Legal Affairs anchor Dan Abrams concurred: “It seems incredibly suspicious. When you think about the notion of two young people dying within months of each other of similar types of ‘natural causes’, it’s a little hard to believe – and yet the Coroner’s office would tell you, “Look, we looked into this, we came up with the conclusion that it was natural causes, it was series of natural causes and we’re standing by our finding at that time.” The fact that they didn’t investigate for poisons specifically – something that the family is focusing on here and the question is going to be: “Ok, what do the authorities do with that now?” I think either officially or unofficially, this will be reopened. Whether they technically call it a reopening of the investigation or not, there’s no question they’re now going to look at this case again. They’re going to take another look. They’re going to say, “Did we dot the I’s and cross the T’s in this case?” That does not mean they’re going to reopen it. But they do want to make sure there’s nothing that they missed. Even back at the time, somebody must have been saying, “Wait a second. You’re talking about him dying, her dying.” There were discussions back at the time of the possibility of mold in the house. They ruled that out. There’s a lot of questions. But poisoning, that’s a crime. You’re talking about a serious possible crime that’s being alleged. And for them to get evidence of that, they have to get more than just the scientific tests.”

In an interview with Fox News, Dr. Damon Raskin examined the findings and found the “results seem very suspicious for foul play,” adding that “Other than lab error, there is no other good medical explanation for these abnormal levels of heavy metals. Therefore, some type of poisoning is clearly a possibility.”

Los Angeles-based physician Dr. Shilpi Agarwal told Fox News that it was extremely unlikely that Brittany Murphy had elevated levels of the heavy metals in her system, without being given supplements or unintentionally ingesting them. “The value that is most striking to me is Barium. At high levels in the body Barium can cause changes in the amount of potassium in our bodies, setting off a deadly cascade that may ultimately lead to an irregular heart rhythm and even death. Additionally, many of the metals can cause severe side effects such as muscle paralysis, confusion and dizziness,” she said. “The fact that her husband later died of the exact ‘pneumonia’ that supposedly led to her untimely demise is incredibly suspect from a medical perspective, given that he, too, had these metals in his body. It is more likely that these individuals suffered from heavy metal poisoning that may have slowly weakened their system, or resulted in a cardiac catastrophe. And pneumonia does not lead to accumulation of these metals in the body.”

California-based trial attorney David Wohl said, “While [Brittany Murphy] could have accidentally ingested insecticide, it’s difficult to imagine that her husband would have met the same demise only months later. This new independent autopsy should be forwarded to prosecutors who can use the results to file criminal charges if indeed the DA can identify a suspect.”

The only resistance to re-opening investigations into the deaths of Brittany Murphy and Simon Monjack came from the very authorities empowered with conducting complete autopsies and investigating highly suspicious circumstances surrounding both deaths. Mr. Bertolotti forwarded the certified toxicology report and formal requests for an investigation of Brittany Murphy’s untimely death to the Los Angeles Coroner, the LAPD, the L:A County District Attorney, LA City Attorney and to the California Attorney General Kamala Harris, via Certified U.S. Mail. To date, neither one of these offices provided a response or even acknowledged the receipt of Mr. Bertolotti’s letter and the attached lab report.

Instead, Bruce Goldberger – a friend of Assistant Chief Coroner Ed Winter – provided a flurry of specious comments to the numerous news outlets. Goldberger speculated that since he personally visited the Coroner’s facility, in his personal opinion they did “excellent work” in Brittany Murphy’s case. Goldberger’s impression of the LA Coroner’s office doing a good job is dispelled by Coroner Craig Harvey himself in an interview with Frontline/PBS, where he publicly admitted that his office routinely misses an enormous number of homicides.

Slate.com went a step further and published an entire article, based on Goldberger’s irresponsible allegation that an unspecified hair dye could have caused Barium (rat poison ingredient) and Uranium to magically appear in Brittany Murphy’s hair. There is no scientific basis for such a ridiculous contention. Slate went a step further and falsely attributed the hair dye arguments to Ernest D. Lykissa, Ph.D. – Director of the laboratory that performed the toxicology tests of Brittany Murphy’s hair. In reality, Dr. Lykissa refused repeated requests for an interview from CNN, The Wrap and other major media outlets. He never discussed the tests of Brittany Murphy’s hair with any reporter, much less an unknown writer Brian Palmer.

Palmer’s fabrication became especially self-evident, since he wrote, “It’s not entirely clear how Brittany Murphy’s father obtained the hair sample, or how he confirmed that it belonged to his deceased daughter.” If Palmer ever spoke to Dr. Lykissa or anyone involved in the testing of Brittany Murphy’s specimens, he would have been told that the hair was collected for the purpose of conducting toxicology tests(although the Coroner’s Office never performed them) and was later shipped to the lab directly from the Los Angeles Coroner’s Office. In spite of being notified of Mr. Palmer’s obvious falsehoods, Slate’s Editor David Plotz refused to produce any evidence of Palmer’s alleged telephone conversation with Dr. Lykissa and failed to remove numerous misrepresentations from the article.

Brittany Murphy’s father AJ Bertolotti said, “I expected to be attacked for embarrassing the LA Coroner. These tactics of planting red herrings in media hit pieces were predictable, but I’m still surprised at how low they are willing to go. I’m sure that intelligent people can see through it all. There is nothing natural in the way Brittany and Simon died. I don’t intend to stop searching for answers, until their deaths are properly and thoroughly investigated.”

(UPDATED) In response to Sharon Murphy’s open letter to The Hollywood Reporter, AJ Bertolotti said, “This was to be expected from a disgruntled ex-wife, who even attempted (unsuccessfully) to question my paternity. Our contentious relationship through the years prompted Brittany and I to meet in secret on many occasions. I find it interesting that Sharon reached out to the same outlet she attacked after a derogatory article was published by THR following Brittany’s death (Sharon said that Alex Ben Block’s statements about Brittany’s death in The Hollywood Reporter were “100-percent untrue“). It was written by Alex Ben Block, who also met with the Department of Homeland Security/ICE officials to discuss their extensive surveillance of Brittany and Simon. Sharon falsely exclaims that I somehow stand to profit from learning the true cause of death of my daughter and son-in-law. That is completely untrue. I haven’t sued anyone for money with respect to Brittany’s death – Sharon did (twice and also considered suing the Los Angeles Coroner). I haven’t asked anyone for donations with respect to Brittany’s foundation – Sharon did and was later forced to return the monies collected under false pretenses. I haven’t sold and would never dream of parting with any of my baby’s personal belongings – Sharon did (including Brittany’s passport, her SAG card, her used underwear, swimwear, clothes, etc.) I didn’t benefit nor ever sought to benefit from Brittany’s or Simon’s life insurance policies – Sharon did. After collecting on those life insurance policies, Sharon let Simon’s grave sit without as much as a headstone for years, until his mother Linda Monjack paid to have one put in. At this point, with respect to Brittany’s and Simon’s untimely deaths, I would ask people to think: Cui Bono? Therein lies the answer to this mystery.”