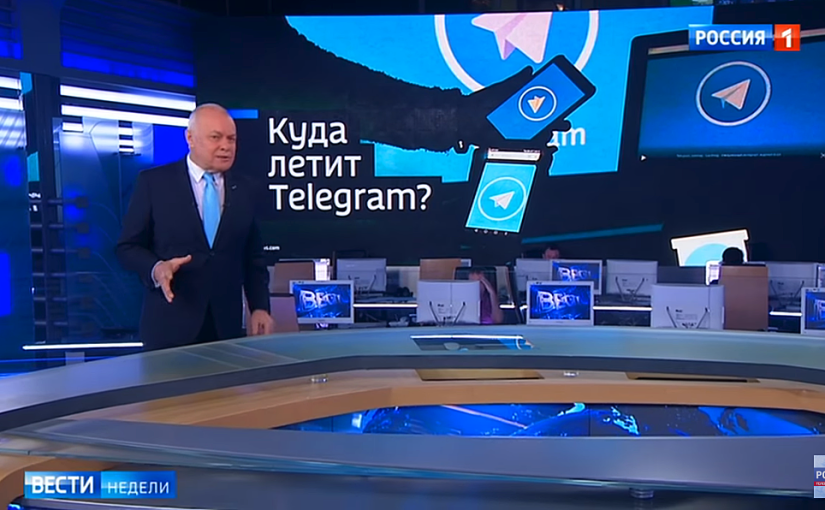 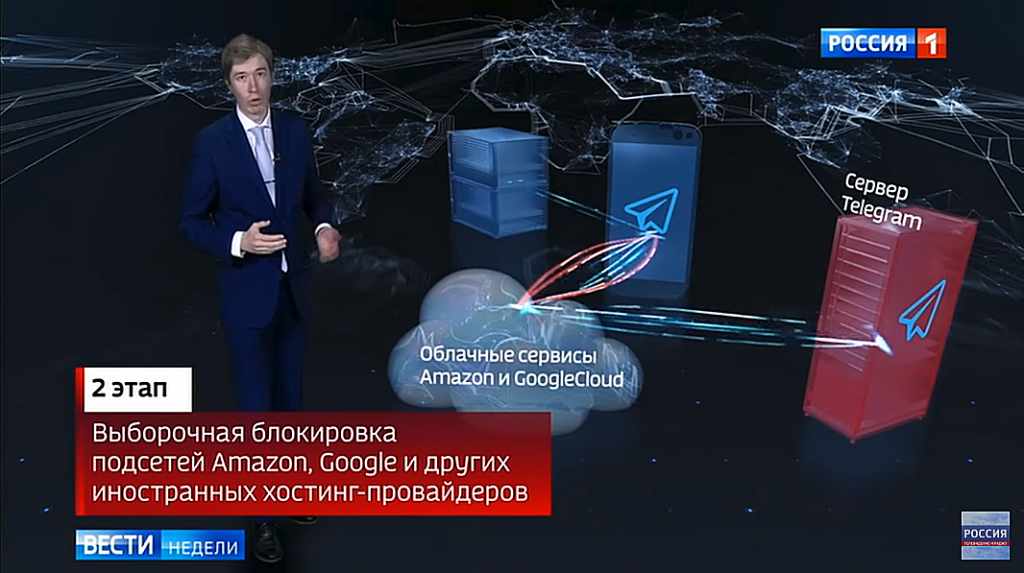 The Russian government already blocked LinkedIn and is now threatening to shut down Facebook, unless it complies with Russia’s demands by the end of the year. But Putin’s regime has even bigger plans. 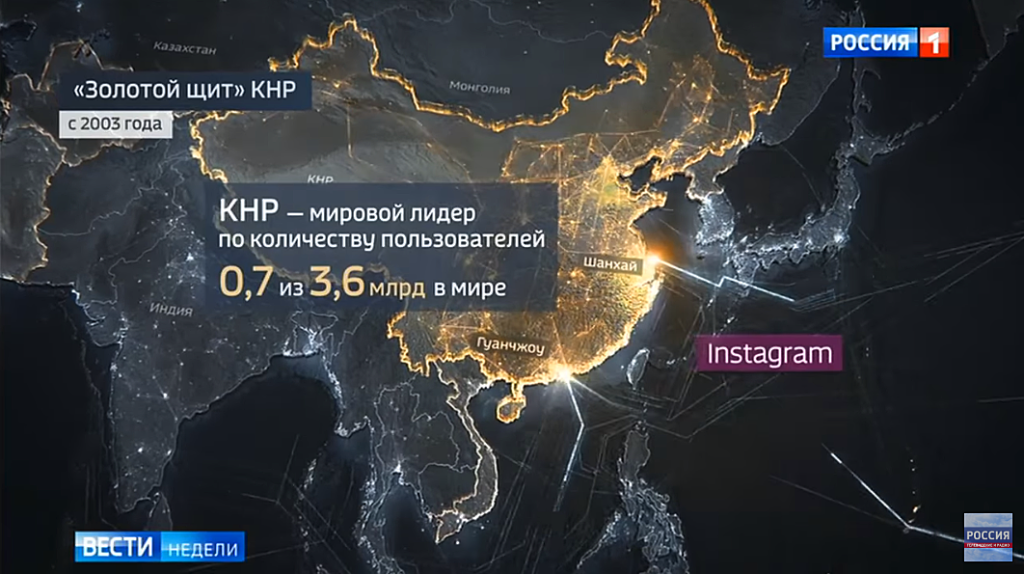 Kiselyov complained that Pavel Durov failed to comply with Roskomnadzor’s demands, unlike Facebook’s Mark Zuckerberg, who obediently appeared before the U.S. Congress, “humbly dressed in a suit and tie… to assure lawmakers of his full loyalty.”

Kiselyov proceeds to imagine the Internet of the future, stating that it’s only a matter of time, before countries surround themselves with virtual borders – like the Great Firewall of China. Kiselyov lists some of China’s internet regulations: 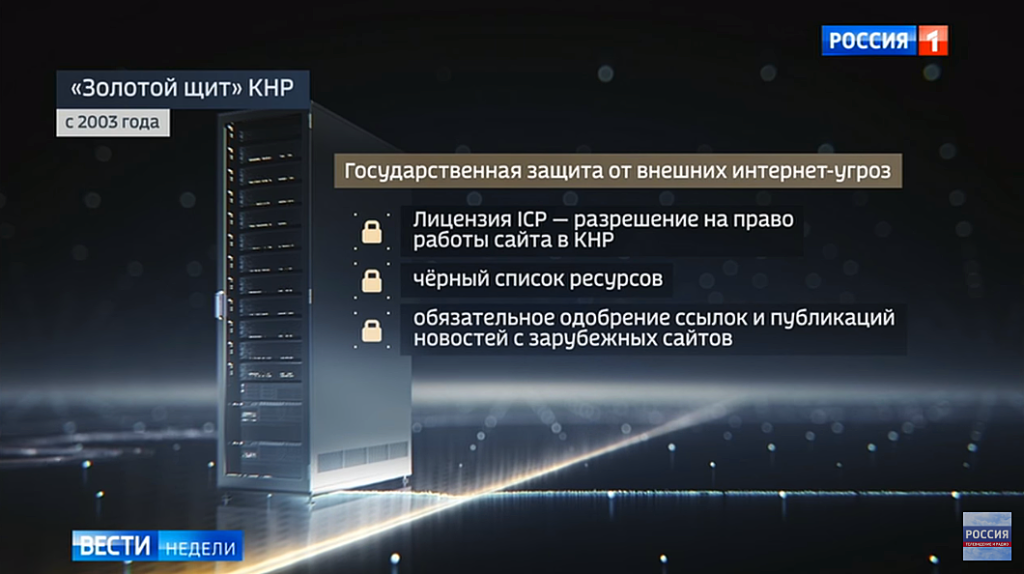 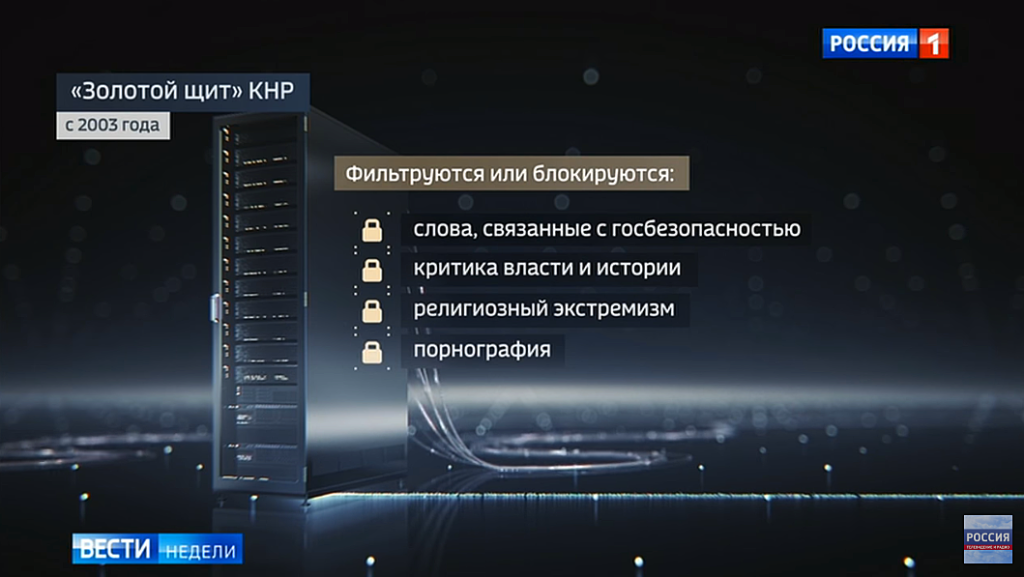 The firewall prohibits social networks, such as Facebook. Access to the local social networks can be secured only by providing proof of identity. Anonymity on the internet is prohibited. 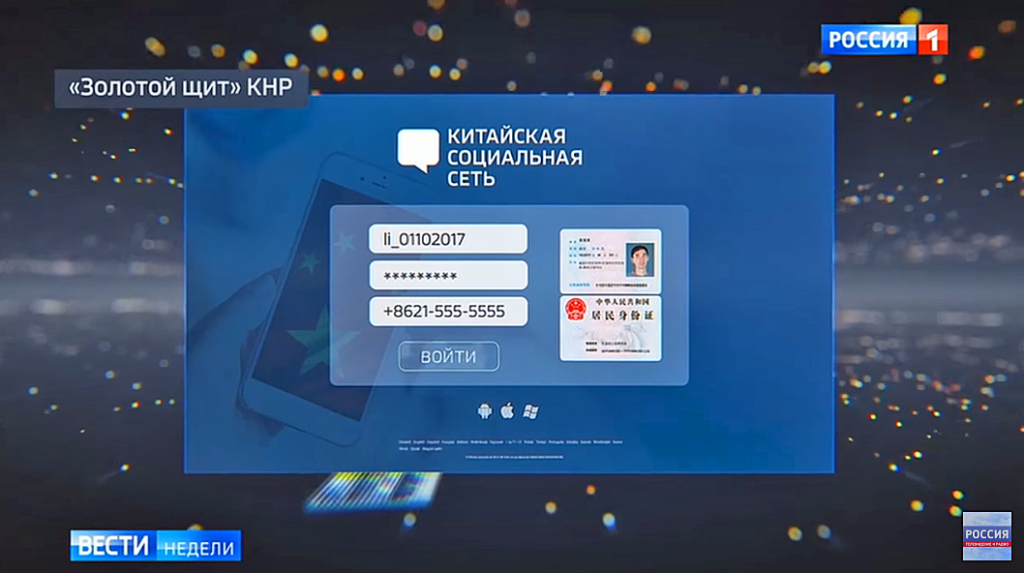 Russia’s state TV concludes that the end of globalization and anonymity is here, as “all countries will build virtual borders… it’s inevitable, and it’s very good for all of us.”

Kiselyov ends the segment with a cautionary tale: in China, Telegram is blocked and the government cuts off mobile connection of any device that attempts to use the app. “It’s just a fact,” Kiselyov grimly concludes, hinting that the Russians should ready themselves for another Iron Curtain – except this one is being erected in cyberspace.