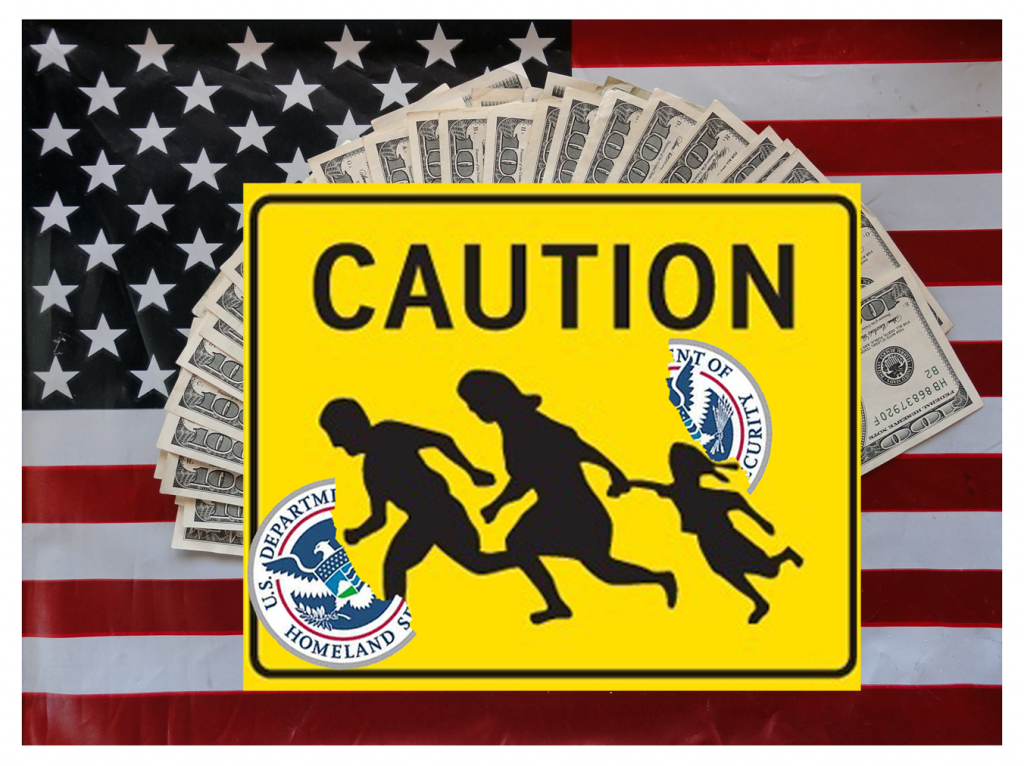 On January 3, 2015, Senator Tom Coburn released the report that outlines his findings pertaining to the efficacy of the Department of Homeland Security (DHS) in executing its primary missions. Senator Coburn has been a member of the Senate Homeland Security and Governmental Affairs Committee since 2005.The report finds that the DHS is failing miserably in every one of its stated missions. Since criticizing the DHS is an unspoken taboo for most of the mainstream media, this report was released on Saturday and received very little press coverage. Traditional reporting typically defends the DHS by telling the viewing audiences that the agency is comprised of “our best,” all of whom are risking their lives to protect the nation. In reality, neither of those statements holds water.

Official missions of the DHS are as follows:

Mission 2— Securing and Managing Our Borders

The DHS has spent more than a half a billion dollars to regulate the security of chemical facilities at risk of potential terrorist attacks. However, 99 percent of all the chemical facilities that were supposed to be overseen by the program are yet to be inspected. As of 2014, 700 hundred miles of the Southern border are not secure, since the DHS and its component, Customs and Border Protection (CBP), failed to deploy assets to control these areas. The chance of an illegal immigrant being removed by the DHS is slightly over 3 percent. The report found that until recently, the DHS “did not have a comprehensive strategy for securing the border … The Department also faces a potentially significant problem of corruption in its workforce assigned to secure the border … DHS spending on programs to secure port facilities, infrastructure, and cargo have not accomplished their objectives.”

Since the DHS can’t enforce existing immigration laws, nor is able to effectively manage tracking and monitoring of the people who have entered the U.S. legally, the report questions whether the agency is able “to effectively manage any large program to provide new immigration benefits to people currently living in the United States illegally, as was ordered by President Obama on November 20, 2014.” The report points out: “The Department’s lax approach to immigration law enforcement, and broad applications of prosecutorial discretion with regard to enforcing immigration laws also exacerbates DHS’s challenge securing the border. Rather than deterring illegal immigration, lax immigration enforcement creates an expectation that people entering the nation illegally or violating the terms of their visa will be allowed to stay, facing no consequences.”

Approximately 36 convicted terrorists came to the country using various forms of student visas, but the DHS is failing to effectively manage the Student and Exchange Visitor Program (SEVP), which is currently used by more than one million people to gain entry into the United States. The report also notes that in February 2013, ICE released more than 2,000 illegal immigrant detainees, including more than 600 aliens with criminal records; creating a risk to public safety and further undermining the agency’s credibility.

While failing in its official missions, the DHS is encroaching upon the rights and liberties of American citizens, without any benefit to the nation’s national security. Senator Coburn’s report states: “We are willing to endure the inconvenience of arriving at the airport earlier and having our luggage screened, but we are wary of increased government policing and surveillance. We are concerned that despite spending billions of dollars on border security, tens of thousands continue to enter our country illegally and, in 2014, 700 miles of our Southern border were unsecure. The same is true of cyber security. We have spent billions to protect against cyber attacks, yet even White House computers have been susceptible to hacking.”

The Department of Homeland Security is a multi-billion dollar behemoth that employs more than 240,000 people and spends approximately $61 billion annually. The agency disposed of $544 billion of taxpayers’ money since 2003, with little to show for it. The DHS allowed a convicted terrorist to become a US citizen, spent $30,000 on Starbucks, provided Zombie Apocalypse training for the DHS personnel, purchased 13 sno-cone machines, spent $45 million on a failed video surveillance network and even bought a hog catcher. Cities were essentially allowed to spend the money on almost anything they want, under the guise of “terror prevention.” As Senator Coburn’s previous report found, “DHS and Congress have often let politics interfere, diluting any results. Instead of sending funds where they can have the biggest impact, money is spread around to parochial political interests. This ensures fewer complaints and broad political support, but does not necessarily mean we are safer.”

Under the agency’s management of various grant programs, including the Urban Area Security Initiative (UASI), Columbus, Ohio spent $98,000 to purchase an “underwater robot,” Keene, New Hampshire, with a small population and a police force of 40, set aside grant funds to buy a BearCat armored vehicle to patrol events like its annual pumpkin festival, Pittsburgh, Pennsylvania spent $88,000 on several “long-range acoustic devices” (LRADs), that emit an ear-splitting sound. Local officials used it to disperse G-20 protestors, causing one bystander permanent hearing loss, while continuing to call the devices “a kinder and gentler way to get people to leave.” Fargo, North Dakota (a town which averages fewer than 2 homicides a year) spent $256,643.00 dollars on an armored truck with a rotating gun turret. Olathe Fire Department outside Kansas City spent $151,000.00 dollars to purchase a bomb detection robot, despite already having two such robots that continue to sit unused for years.

UASI funds were also spent to create videos telling citizens how they can spot signs of terror in their own neighborhoods. These videos instructed citizens to report people as terror suspects for exhibiting such red flags as “average or above average intelligence” and “conspicuous adaptation to western culture and values.” These dubious criteria would likely turn medical doctors and computer professionals into terror suspects.

The Department of Homeland Security is failing its missions largely because of rampant corruption within its ranks. GAO issued a report on corruption and misconduct in December 2012, finding that more than 140 current and former CBP employees had been arrested for corruption offenses, such as smuggling, and 125 had been convicted as of late 2012. In 2011, the DHS Office of Inspector General had 600 open investigations examining CBP employees. DHS officials have also pointed to a hiring surge since 2006 as a factor contributing to the problem of corruption. Recent semiannual report to Congress by the Office of Inspector General revealed the following cases:

Corruption within the ranks of the Department of Homeland Security continues to spread, because in many instances its officials face no prison time for their offences. For example, in all of the following cases DHS employees were sentenced to probation for their criminal activities:

The Department of Homeland Security is deeply corrupt and focuses on surveillance of everyday Americans, as opposed to its stated mission of protecting them from terrorism and defending our porous borders. The outcome, therefore, is not surprising. Senator Coburn’s report validly points out that the DHS must “focus on earning and restoring the American people’s trust. This includes ensuring that all of the Department’s programs and operations are consistent with the American people’s Constitutional rights and the proper role of the federal government. Too many of DHS’s programs have faced questions in this regard. We have also witnessed incidents where the Department’s programs have raised concerns about excessive federal authority or otherwise contributed to some of the public’s distrust of law enforcement.” At this point, none of us have any valid basis for trusting the Department of Homeland Security.