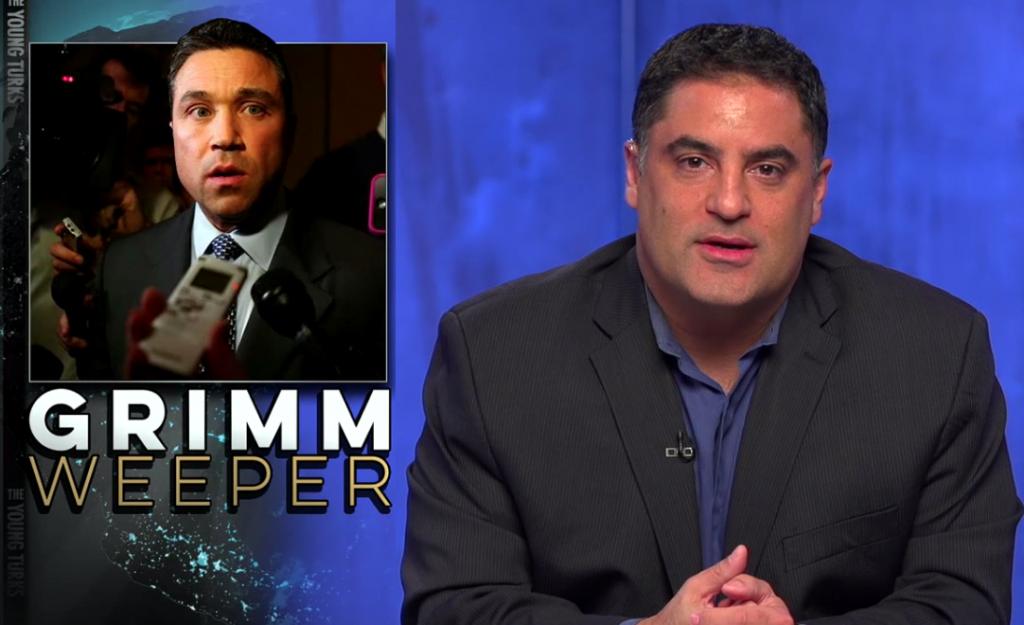 On Dec. 23, 2014 at the federal courthouse in Brooklyn, New York, United States Congressman Michael Grimm pleaded guilty to aiding and assisting in the preparation of a false tax return. He is refusing to resign his seat after pleading guilty to the felony tax charge. After his court appearance, Grimm said: “I’m going to get back to work and work as hard as I can.”

Grimm is a former undercover FBI agent, who has served as a member of the United States House of Representatives, representing New York’s 11th Congressional District since 2011. Grimm made the headlines in January 2014, when he threatened to “break” a reporter in half and throw him off a balcony for asking questions about a fundraising investigation for Grimm’s 2010 campaign. In September 2014, Congressman’s former girlfriend, Diana Durand, pleaded guilty to funneling illegal campaign contributions to Grimm in a straw-donor scheme.

Michael Grimm has not been charged with campaign contribution fraud. Instead, he was charged with and admitted to hiring unauthorized workers whom he paid “off the books” in cash, cheating New York State out of workers’ compensation insurance premiums, filing numerous false business and personal tax returns for several years, and lying under oath to cover up his crimes.

From 2007 through 2009, Grimm oversaw the day-to-day operations of a Manhattan restaurant, Healthalicious, where he participated in the reporting and distribution of the restaurant’s payroll. Grimm admitted to fraudulently underreporting $900,000 in restaurant gross receipts and lowering payroll taxes through ‘off-the-book’ cash payments. Grimm was also aware that the restaurant was employing illegal immigrants, who were not authorized to live or work in the United States.

While serving as a Member of Congress in January 2013, Grimm was deposed under oath by the attorney of a former employee, in connection with a civil lawsuit relating to labor practices at Healthalicious. Grimm admitted that he lied under oath during his sworn deposition by claiming that Healthalicious employees had not been paid “off the books” in cash.

Upon sentencing that is scheduled for June 8, 2015, Grimm faces a prison term of up to three years. He also agreed to pay restitution to the Internal Revenue Service (IRS), the New York State Department of Taxation and Finance, and the New York State Insurance Fund (NYSIF).