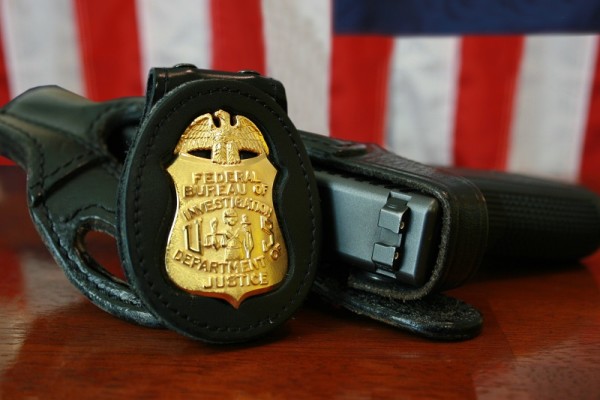 The Department of Justice announced that on October 17, 2014 two Connecticut men pleaded guilty to bribery charges, admitting that they participated in a scheme to obtain confidential, internal law enforcement documents and information from a former Special Agent with the FBI in White Plains, New York.

Johannes Thaler, 51 and Rizve Ahmed, aka “Caesar,” 35, admitted to bribing Robert Lustyik, who was at the time serving as a Special Agent with the FBI’s counterintelligence squad.

According to the guilty plea, between September 2011 and March 2012, Thaler and Lustyik solicited bribes from Ahmed. In return for the bribes, Lustyik promised to provide internal law enforcement documents and other confidential information to Ahmed.

Ahmed, a native of Bangladesh, wanted to access confidential law enforcement information, including a Suspicious Activity Report, pertaining to a Bangladeshi political figure who was affiliated with a political party opposing Ahmed’s views. Ahmed admitted that he wanted to harm and discredit his intended victim and those associated with the targeted individual. Ahmed also sought Lustyik to aid him in having criminal charges against a different Bangladeshi political figure dismissed.

In fact, according to government filings in the case, on September 27, 2011, October 13, 2011 and November 3, 2011, Lustyik directed other FBI Special Agents to access an FBI database and pull up “Suspicious Activity Reports” (SAR) and other privileged law enforcement information.

Using his position as a Special Agent with the FBI, Lustyik brazenly demanded a $40,000 “retainer” and monthly payments of $30,000. In return, the crooked FBI Agent promised to “give [Ahmed] everything” and to set up the victim. Lustyik described his “master plan” to use information from the source within the Bangladeshi government and then to sell it to Ahmed. “No one knows … no one gets hurt,” Lustyik wrote.

Lustyik and Thaler exchanged text messages, plotting how to pressure Ahmed to pony up additional funds. The corrupt FBI Special Agent wrote to his accomplice, “We need to push [Ahmed] for this meeting and get that 40 gs quick … I will talk us into getting the cash … I will work my magic … We r sooooooo close.” Thaler responded, “I know. It’s all right there in front of us. Pretty soon we’ll be having lunch in our oceanfront restaurant.”

When Lustyik learned that Ahmed was considering using a different source to obtain confidential information, he went ballistic. The rogue FBI Agent texted his friend Thaler, stating, “I want to kill [Ahmed] … Let’s kick his ass … I hung my ass out the window n we got nothing? … Tell [Ahmed], I’ve got [the victim’s] number and I’m pissed … I will put a wire on n get [Ahmed and his associates] to admit they want [a Bangladeshi political figure] offed n we sell it to the victim].” Lustyik further stated, “So bottom line. I need ten gs asap. We gotta squeeze C.”

Both Lustyik and Thaler had previously pleaded guilty in a 2012 corruption case filed in Salt Lake City, Utah. In that case, Lustyik admitted that he was involved in a scheme to thwart a federal probe into a controversial defense contractor, Michael Taylor, who was under investigation for cheating the government in a $54 million defense contract in Afghanistan. Lustyik was trying to stop the investigation by getting Taylor enlisted as a government informant. In exchange, Lustyik accepted a $200,000 bribe, with a promise of more. Lustyik and Thaler remain free on bail while awaiting sentencing in the 2012 case.

Lustyik has pleaded not guilty and is scheduled for trial on Nov. 17, 2014.