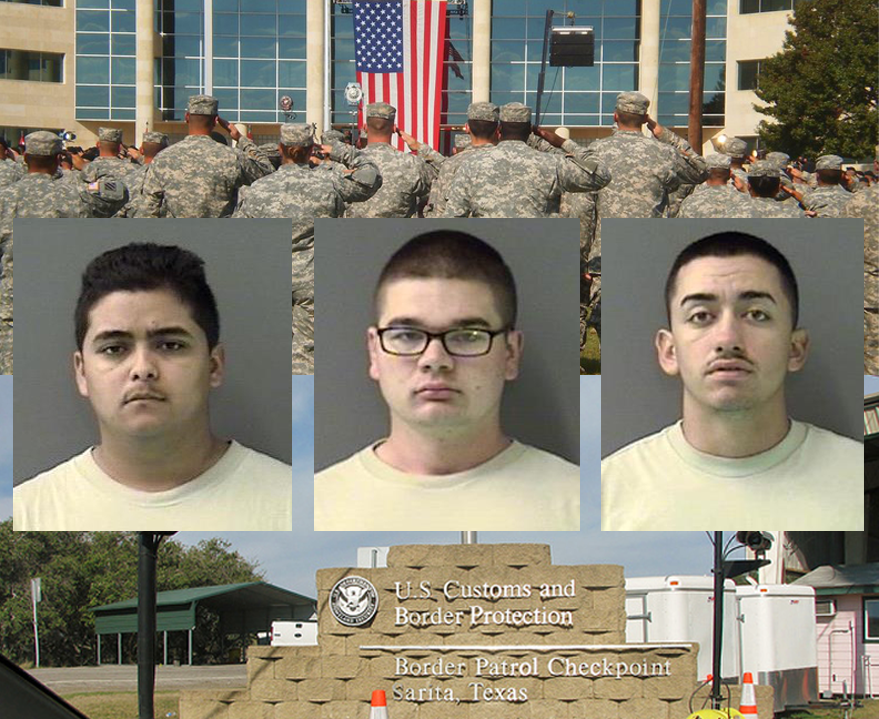 The indictment was unsealed upon the arrests of Rodriguez, Robbins and Wix at Fort Hood in Texas. All three soldiers are privates, serving in the 1st Cavalry Division’s 215th Brigade Support Battalion. Eric Alexander Rodriguez is an ammunition specialist, Christopher David Wix is an automated logistical specialist and Brandon Troy Robbins is a vehicle transport operator.

They are facing criminal charges for one count of conspiracy to transport and harbor aliens, and six counts of transporting aliens.

Eric Rodriguez was arrested on September 11, while he was attempting to smuggle two illegal aliens through an immigration checkpoint in Sarita, Texas. He had arrived at the checkpoint dressed in his military uniform, driving a Chevrolet truck. When agents searched the rear seat area of the truck, they found two illegal aliens hiding under a bed sheet and military jacket bearing Fort Hood soldier’s name tag “Rodriguez.”

Also named in the indictment is Arnoldo Gracia, 45, an alleged alien smuggler with whom the soldiers have conspired. He is charged with aiding and abetting the three Fort Hood soldiers in commission of the crimes.

If convicted, the Defendants are facing up to 10 years in federal prison and a possible $250,000 fine.

Shockingly, these are not the first service members involved in alien smuggling. In 2013, Carlos Vives Feliciano, an active member of the U.S. Army has been linked to a “transnational criminal organization”involved in smuggling immigrants into the United States. Several members of the National Guard were also arrested on charges of transporting illegal immigrants.