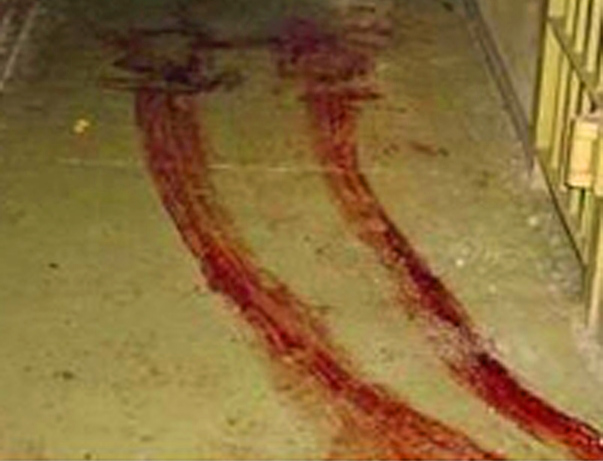 Bruce Jessen, one of the chief architects of the CIA’s torture program, bemoaned the exposure that caused him to resign from his position as the bishop of his Mormon church in Spokane, Washington. On December 11, 2014, Jessen told Reuters that he had to quit after civil liberties and human rights activists criticized his past activities in the local newspaper. “This was due to concerns expressed about his past work related to interrogation techniques,” said Eric Hawkins, a national spokesman in Salt Lake City for the Church of Jesus Christ of Latter-day Saints. “Local leaders met with Jessen and together determined that it would be difficult for him to serve as an effective leader in that position,” Hawkins added.

Former Air Force psychologists, Bruce Jessen and James Mitchell, ran a company that received compensation of a whopping $81.1 million from the CIA, according to a U.S. Senate report released on December 9, 2014. Neither one of them had any experience in interrogation or counter-terrorism. According to the report, the pair recommended waterboarding, slapping, humiliation, the use of insects and mock burials for detainees in the agency’s secret prisons. The American Psychological Association called for Jessen and Mitchell to be held accountable, although neither one of them belong to the organization and therefore cannot be disciplined.

CIA Director John Brennan admitted that the agency used “abhorrent” methods on detainees and said it was “unknowable” whether harsh interrogation techniques yielded useful intelligence. The report reveals that detainees were forced to stand on broken limbs for hours, deprived of sleep for up to 180 hours, kept naked and shackled in complete darkness, subjected to “rectal feeding” and rectal exams that were conducted with “excessive force,” causing anal fissures and “symptomatic rectal prolapse.” Detainees were also tormented with auditory overload, simulated burials in coffin-like containers, subjected to mock executions, hooded and dragged up and down a long corridor, while being slapped and punched. CIA agents threatened prisoners’ children and said they would slit the throat of a detainee’s mother. One prisoner froze to death after being made to sit on a bare concrete floor without pants.

One CIA interrogator reported that “‘literally, a detainee could go for days or weeks without anyone looking at him’, and that his team found one detainee who had been chained to a wall in a standing position for 17 days’.’ Some prisoners were said to be like dogs in kennels: “When the doors to their cells were opened, ‘they cowered.’”

Jessen scientifically described the Senate report as a “bunch of hooey.” Former Vice President Dick Cheney also offered an eloquent rebuttal by stating that the report was “full of crap.” “We were perfectly justified in doing it and I’d do it again in a minute,” Cheney exclaimed.

“The CIA’s practice of torture is gruesome … Everybody involved must be legally prosecuted,” said German Justice Minister Heiko Maas. U.N. high commissioner for human rights Zeid Ra’ad Al-Hussein said that according to the Convention Against Torture, torture wasn’t justified even in a state of war. The White House said the Justice Department had reviewed the records of CIA’s interrogations and found no probable cause to indict or prosecute anyone.