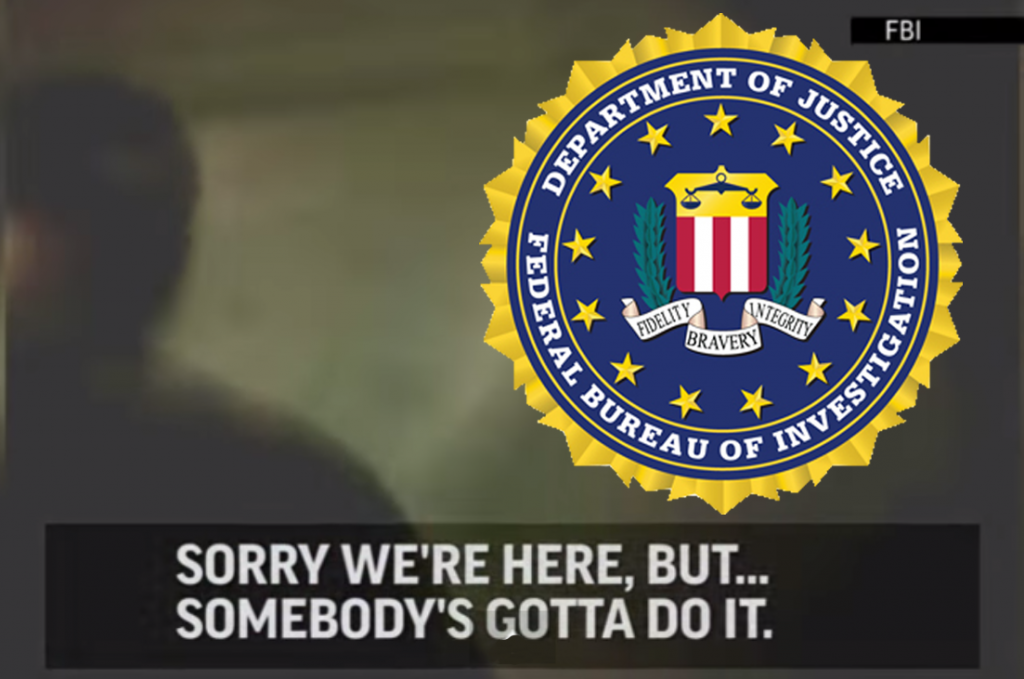 In an elaborate ruse, FBI agents went undercover at a Las Vegas casino to catch members of an alleged sports betting ring in July 2014. The ring was allegedly headed by 50-year-old Malaysian millionaire and gambling guru Paul Phua. The FBI’s deceptive incursion into a high-roller suite inside Caesars Palace hotel was videotaped from the lapel of one of the agents. The video was recently released by the Associated Press.

To gain entry to Phua’s hotel room, the FBI cut off his Internet access, then posed as computer repairmen called in to fix the blackout. Once inside, the agents looked at Phua’s computers, claiming they saw evidence of illegal betting. One of the FBI agents in the video says: “I got the URL for the site they were wagering on.”

The FBI later returned with a search warrant. They arrested Phua, his son and six others, accusing them of taking millions of dollars in bets on the World Cup.

Phua’s defense lawyer Thomas Goldstein said that police can’t just trick their way into a private residence, based solely on a tip. “If the government can do this, it could also cut off your cable television, your electricity, your phone service,” he told NBC News. “And when you call for help, you always have to worry that person who shows up at your door is actually an undercover agent with a hidden camera.”

Goldstein is challenging evidence the government collected in the videos. He says that the search was illegal, because the agents did not have a warrant. FBI agents devised special code words to use while they were inside the villa and discussed proper attire, required to convincingly play the part of a technical repairman.

Defense lawyers assert that the FBI employed the elaborate ruse against the recommendation of an assistant US attorney, Kimberly Frayn. They filed a 54-page motion to dismiss evidence in the case. Prosecutors in Las Vegas are due to file a response in court in several weeks.

Deceptive tactics, employed by federal authorities to trick their suspects, have come to light in recent weeks. For example, the Drug Enforcement Administration (DEA) created a fake Facebook page, using photos of a woman and her young children without permission, in order to snag drug suspects. In another case, the FBI misappropriated the name of The Seattle Times to secretly install spyware on the computer of a crime suspect. The FBI’s fake news story had an Associated Press byline and a link “in the style of The Seattle Times,” including subscriber content and advertisements. The FBI sent it to the suspect, and once opened, the software sent his location and Internet Protocol information to the FBI.

Not content with its already expansive powers, the FBI is seeking expanded authority to remotely hack and spy on computers in the U.S. and abroad, which would constitute the broadest expansion of extraterritorial surveillance power since the FBI’s inception. The proposal will come before the Oversight Committee on November 5, 2014.

On October 31, 2014, it was revealed that an investigation into possible misconduct by an FBI agent has forced authorities to quietly release at least a dozen convicts serving prison sentences for distributing drugs. The scope and type of alleged misconduct by the agent are yet to be revealed, but defense lawyers involved in the cases have described the mass freeing of felons as virtually unprecedented.

Corruption and misconduct of the federal agents affect the same American taxpayers who pay their salaries. Federal lawmen should not be allowed to operate outside or above the law.