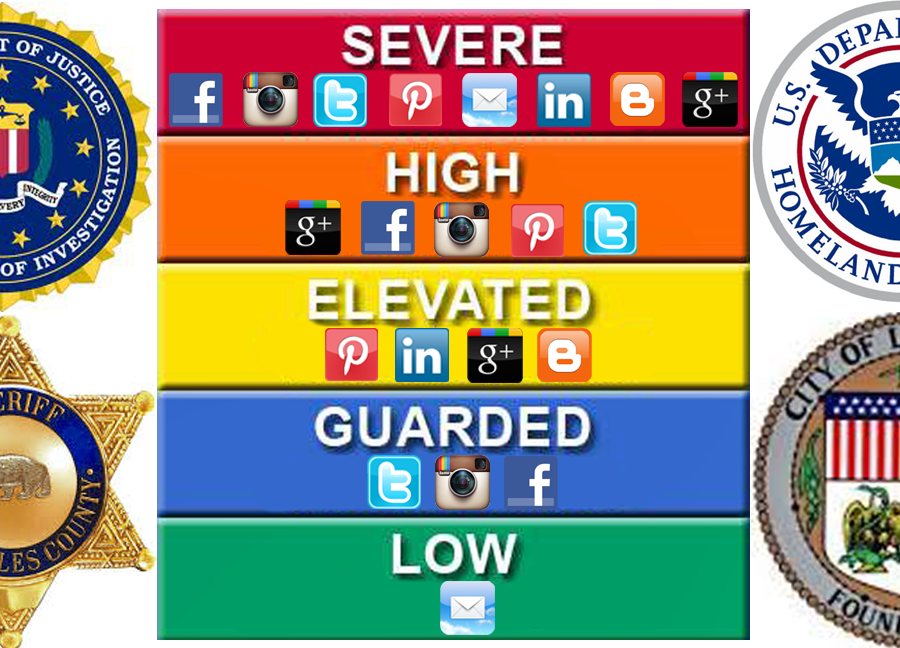 Whether you’re a young, proactive blogger, a prolific Facebook poster, an occasional Twitter user or a compulsive promulgator of cat photos, someone you don’t know is watching you. Social media activities are being meticulously recorded, scanned and organized to determine your “threat level” that is then transmitted to various law enforcement agencies.

For example, your local police department is likely using numerous tools and applications that might determine how you get treated during a routine traffic stop, or in response to your neighbor’s call about loud music. One such application, Beware, has been sold to police departments since 2012. It can be accessed on any Internet-enabled device, including tablets, smartphones, laptop and desktop computers, while responders are en route to, or at the location of a call.

This app explores billions of records in social media postings, commercial and public databases for law enforcement needs, churning out “risk profiles” in real time. ‘Beware’ algorithm assigns a score and “threat rating” to a person — green, yellow or red – and sends that rating to a requesting officer. Worst of all, this information is not made available to the very person whose “threat rating” is being appraised. You have no ability to dispute being wrongly designated a high-risk potential offender.

For example, you wrote something about recent Ferguson protests on Facebook. Perhaps, you expressed dissatisfaction with police brutality. Maybe you complained about the CIA’s torture tactics, demanded President Obama’s impeachment or criticized the government in general. You could have shared a petition for the preservation of gun rights, or bought a holster online. You could also be mistaken for another person with a criminal record or a history of radical Internet postings. It could mean the difference between waltzing off with a warning, or being subjected to a brutal takedown at gun point. It could turn a simple knock at the door into a full-blown SWAT raid.

For example, while a police car is traveling to your home address, ‘Beware’ sends an officer information about who lives there, their cell phone numbers, their criminal history, vehicles registered to that address, as well as the “threat rating” based on the app scanning online comments of the residents expected to be at your house, social media postings and recent purchases that are processed for warning signs. Steve Reed, Vice president of Intrado (the company that markets ‘Beware’), said in an interview that “any comments that could be construed as offensive” contribute to the threat score. The app processed over 33 million 911 calls to date, using a proprietary algorithm. It churns out what the company describes as something akin to a “credit report for the first responder.”

Reuters reports that one speaker at a recent national law enforcement conference compared future police work to Minority Report, starring Tom Cruise, with a “PreCrime” unit. Current law enforcement tactics and extensive data-mining comes pretty close to the concept of predictive policing. New World Systems offers software that allows dispatchers to enter in a person’s name to see whether they’ve had contact with the police before. The software generates “predictions on the places and times that future crimes are most likely to occur.” Los Angeles Police Chief Charlie Beck said: “I have to be better at using what I have, and that’s what predictive policing is about.”

Deeming someone a public threat is a serious designation, which could lead to selective enforcement or snap decisions about the use of force. This “predictive policing” and “threat assessment” could cause law abiding citizens to think twice before openly expressing themselves on social media, to avoid malicious investigations, police brutality or retaliatory fishing expeditions, based on unfair prejudgment. The chilling effect upon the exercise of First Amendment rights, as well as privacy concerns and potential life and death implications, make this “threat assessment” program a real threat for all citizens.