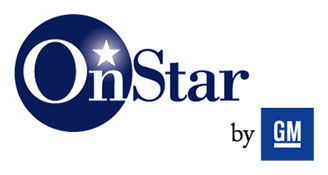 The modern world is full of sophisticated conveniences – wireless Internet, GPS, Twitter, OnStar – you’re never alone anymore. But what if you want to be? It might come as a frightening realization, but pushing the button to get rid of the deceptively helpful robotic voice doesn’t come close to solving the problem. Invisible to the naked eye, the OnStar connection lingers – whether you want it or not. True to its name, the OnStar is always on. Like a psychotic stalker, it’s simply unwilling to hang up – that is, unless you’re willing to take a hammer to your brand new Cadillac, because the GM dealership won’t help you either. In fact, they will politely refuse to even attempt to locate and remove the OnStar modem, insisting that its operation is so intrinsically intertwined with the inner workings of your car that removing it would render your vehicle virtually inoperable.

A tracking system that comes pre-installed, can’t be removed or directly controlled by the customer that was obviously not designed with your needs in mind. Your car is speeding down the data-mining highway, driven by an invisible hand. Concerned voices of privacy advocates are barely heard through the buzz of the OnStar’s self-extolled virtues in assuring driver safety and convenience. The simplistic approach continues to be used in an attempt of silencing any concerns over our ever-diminishing rights to privacy: “Only criminals are concerned with being watched – if you have nothing to hide, don’t worry about your privacy”. If only it were this simple.

OnStar, using a global positioning system (GPS), tracks your vehicle’s physical location, it can unlock your car door via satellite or help the public safety agencies find you in case of an emergency. It can also be used to track the addresses you visit, such as your psychiatrist’s office, the liquor store, abortion clinic, your lover’s house, rehab, the casino, AIDS treatment center, your child’s school – you name it. OnStar privacy policy does not promise to keep this information private – they may sell a permanent record of your movements to your current or potential employer, marketing firms, your ex-wife, potential stalker, creditors or the opposing parties in litigation.

OnStar warns, “we may routinely collect information, such as … the location of your vehicle provided via satellite, or any other information, including your preferences or usage patterns.” It’s virtually unprecedented for location information pertaining to millions of people to be remotely available to third parties, without the target’s knowledge or consent. The company neither identifies any specific purpose for collecting those records, nor does it identify any limitations on its potential use of the same – to the contrary, OnStar reserves the right to modify its privacy policy according to the company’s own needs. Considering OnStar is owned by GM, now the government and routinely provides information to auto dealers, information it collects could be potentially used to deny warranty repairs or extended warranty, clear auto manufacturers of liability, increase your insurance premiums or find you at fault in an accident.

What other information does OnStar collect? According to the company’s privacy policy updated in 2009, they know your name and billing information, how fast you drive, if and when you apply the brakes, whether you’re wearing your seatbelt, oil life, tire pressure, and odometer reading. If your car is on or off, when your fuel is refilled and your vehicle’s location. OnStar can remotely unlock your doors, slow down your car or prevent it from starting altogether. They record and monitor conversations by you or others from your car, but if you ask for copies of your own records, you will find out that “OnStar is not required to release any audio or physical records…without a subpoena (unless otherwise required by law).”

They’d like you to think that OnStar listens to conversations in your car only after giving you notice. Of course, that assertion is inconsistent with the passive listening feature highlighted by recent litigation, especially since a United States Appeals Court ruling mentioned in 2003 that the government used the on-board connection to eavesdrop on the vehicle’s occupants. When FBI agents remotely activated the system and were listening in, passengers in the vehicle could not tell that their conversations were being monitored. The United States Court of Appeals for the Ninth Circuit, in San Francisco didn’t have a problem with the government converting safety and communications system into roaming in-car wiretaps, as long as it didn’t impact the safety features.

The majority of the Judges deciding this sealed case, pertaining to a criminal investigation in Nevada, had no privacy concerns as to converting the device into a bug; a dissenting Judge would have allowed the eavesdropping even at the expense of safety. “The F.B.I., however well intented, is not in the business of providing emergency road services,” Judge Marsha S. Berzon wrote for the majority. In dissent, Judge Richard C. Tallman said the government should have been allowed to use the stealth listening “an important investigative tool.” The technology involved, which is being used by OnStar, ATX and other companies, may have already been altered, taking these concerns into consideration.

What if you give your friend a ride, lend or sell your car to anyone? Company policy states that it’s YOUR responsibility to advise all occupants of your car (including other drivers) how information about them may be collected, used or disclosed by OnStar – for research and analysis, to hand over to law enforcement, car dealers, as well as to protect OnStar’s own rights and property. What about your rights, property and privacy? Do you have a choice as to how your information is collected and shared by OnStar? Well, not really. As OnStar warns, “choice as to how your information will be used or shared may not always be possible”.

Amongst other things, this means that for $150 dollars an hour, OnStar will track your car and hand over all of your information at their disposal to the feds, as long as they get a subpoena or a court order. Unbeknownst to you, somewhere in court a miscellaneous motion is being heard, entitled “In the Matter of the Application of the United States of America for an Order Authorizing the Monitoring of a Mobile Tracking Device as a Physical Surveillance Aid on a Motor Vehicle Registered to [your name], [your vehicle’s year, model and VIN number]”. This application will be based upon Title 18 USC § 3123, including provisions that “Upon an application made under section 3122 (a)(1), the court shall enter an ex parte order authorizing the installation and use of a pen register or trap and trace device anywhere within the United States, if the court finds that the attorney for the Government has certified to the court that the information likely to be obtained by such installation and use is relevant to an ongoing criminal investigation.”

It gets even better. You (the subject of surveillance) may never know any of this took place, because the surveillance order will be sealed by court, specifically ordering OnStar NOT to disclose its existence to you, the subscriber. It’s also in their best interests, since the same court order indemnifies OnStar from being held accountable for allowing its systems to be used by the government, violating your privacy.

Sometimes, the government may track you even without a court order, as in the case decided in May of 2009 by the New York State Court of Appeals. A State Police investigator placed a GPS tracking device inside the bumper of Scott Weaver’s van without a search warrant, tracking him nonstop for 65 days and later charging him with crime, based in part on the data obtained through GPS tracking. To do that without a warrant, the court said, is not “compatible with any reasonable notion of personal privacy.” The Supreme Court is yet to rule on this issue, while lower federal courts and state courts have reached different results. Just this month, a Wisconsin appellate court upheld the use of evidence obtained by placing a GPS device on a suspect’s car without a warrant.

Starting with its 2009 models, half of all General Motors vehicles — 1.7 million, mostly Chevrolets — are now equipped with an OnStar emergency satellite communication system with Stolen Vehicle Slowdown, a system that can shut off the fuel and stop the vehicle. This includes Chevy Silverado, Tahoe, Suburban, Equinox, Avalanche and Impala, Cadillac SRX, DTS, CTS, Escalade, Escalade EXT and Escalade ESV, Buick Lucerne, Pontiac Torrent, Hummer H2 and H2 SUT, Saturn Vue, and GMC Sierra, Yukon and Yukon XL, and will later spread to other vehicles.

OnStar president Chet Huber describes how the Slowdown feature works, “When police have the vehicle in sight and feel they have safe access to getting it, they will then notify us at OnStar,” Huber said. “We’ll take the power out of the car and turn on its flashers to alert others nearby to beware of a stolen car.” The service is free during the first year of ownership; after that it’s part of a $190 package. It should be noted that OnStar service is raking in $1 billion in business annually and saves GM more than $100 million annually by wirelessly collecting information on its users’ vehicles. It should also be noted that the U.S. government owns 60 percent of General Motors.

Another troublesome feature of most new cars is the Event Data Recorder (“EDR”), or Black Box. Much like its namesake used in commercial airplanes, this device keeps track of how a car is being used, including speed, acceleration, braking, steering, and seat belt use. Prosecutors are already using information obtained from EDR’s as evidence against drivers – for example, in 2004 Robert Christmann was convicted in a New York traffic fatality based upon information downloaded from his car’s Black Box. Unlike OnStar and its commercials, vehicle manufacturers are keeping quiet about this feature, because it has nothing to do with safety. EDR is nothing more than a surveillance tool, but unlike OnStar’s monitoring in real time, information is extracted after the fact.

Joan Borucki, appointed by Governor Arnold Schwarzenegger to head California’s Department of Motor Vehicles in 2004 (she is currently serving as the Director of the California State Lottery), has proposed a mileage tax based on the information obtained from Black Boxes. Some rental companies are charging renters fines for speeding in their rental cars, using a GPS-equipped monitoring system. California’s legislation is likely a sign where things are headed, since the state requires notices in the owner’s manuals of cars that have EDR/Black Boxes. Current laws allow the Black-Box data to be accessed under court order, for research, and for other purposes.

We’re likely to start seeing automatically-issued traffic citations if governments were to act on their intent to obtain revenues based on EDR-citations, in addition to what they now get from red-light cameras. Aside from the notice that a spying device is contained within their vehicles, customers aren’t being given a choice as to whether or not they wish to have their information collected and used. Every American citizen has to decide whether they would be willing to sacrifice their privacy for a promise of security. As Benjamin Franklin said, “They who can give up essential liberty to obtain a little temporary safety, deserve neither liberty nor safety.”