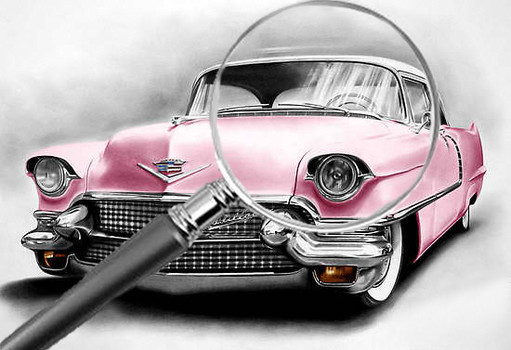 Declining economy and growing insurance rates have provided a unique opportunity to deprive citizens of their ever-diminishing privacy. Car insurance companies have come up with a devious way of bribing Americans to spy on themselves. This was not an unforeseen development. The momentum has been building up since 2009, when millions of vehicles were manufactured with various types of built-in satellite communication systems, including OnStar.

Newer vehicles included another hidden surprise – the Event Data Recorder (“EDR”), or Black Box. Much like its namesake used in commercial airplanes, this device keeps track of how a car is being driven, including speed, acceleration, braking, steering, and seat belt use.

These systems provided access to the data they’ve compiled to the law enforcement agencies, insurance companies and government officials. Prosecutors were able to successfully use information obtained from EDR’s as evidence against drivers – for example, in 2004 Robert Christmann was convicted in a New York traffic fatality, based upon information downloaded from his car’s Black Box. While OnStar asserts its usefulness as a safety system that could be used in an emergency, the Event Data Recorder is nothing more than a surveillance tool.

The writing was on the wall. Joan Borucki, appointed by former Governor Arnold Schwarzenegger to head California’s Department of Motor Vehicles in 2004, has proposed a mileage tax based on the information collected from Black Boxes. Current laws allow the Black Box data to be accessed under court order, for research, and for other purposes. Owner manuals for the newer vehicles included a notice that their cars came equipped with the EDR, although most people likely don’t realize the potential ramifications for the use of the records gathered by those devices. The makers of OnStar and similar systems were indemnified from any possible litigation for spying on Americans and quietly handing over the data they’ve obtained to the government for a modest fee of $150 dollars an hour.

It was all downhill from there. Rental companies started to charge drivers fines for speeding, using data harvested by the GPS-equipped monitoring systems installed in their vehicles. Information obtained through EDR/ Black Boxes is likely to bring about automatically-issued traffic citations, much like built-in red light cameras. Aside from the notice that a spying device is contained within their vehicles, customers aren’t being given a choice as to whether or not they wish to have their information collected and used.

The only thing the government and insurance companies were lacking is our expressed consent – that is, until now. Enter the Snapshot Discount program. Progressive Insurance is offering this discount to their customers in exchange for installing a cute little spying device in their cars. In a so-called Snapshot Preview program, Progressive also offers non-customers to test the spy-plug in their vehicles. What does this clever contraption do? It collects all sorts of information about your driving habits. By agreeing to participate, customers grant Progressive their permission to retain information collected or derived from the device indefinitely.

This data would be available online and released to third parties and/or government agencies based on a legal request or a subpoena. It includes but is not limited to your vehicle’s VIN number, miles driven, rates of acceleration and braking. The promise of a discount for selling your privacy to your car insurance company might end up costing you dearly, if your insurance rate goes up or your claim is denied based on how fast you were driving, how hard you were breaking, whether you were wearing a seatbelt and a myriad of other factors.

Progressive claims that having access to this kind of information will allow the insurance company to “predict whether you’ll have an accident,” reminiscent of Tom Cruise’s “Minority Report”. Based on these “predictions,” they will proceed to adjust your insurance premium accordingly, which could mean a sharp increase and would also include a technology fee for the expense of collecting, transmitting and retaining the data in question. This strategy would be tantamount to the idea of a medical insurance company offering a discount to its customers for wearing cameras on their necks like Cooper the cat for around-the-clock surveillance, later using that information to deny the said customers’ claims and increase their insurance coverage premiums. Since consumers are voluntarily signing up for this program, they will have absolutely no recourse to dispute their potential rate hike, denial of coverage or inappropriate release of information to third parties.

Much like OnStar and the makers of Black Boxes/EDR’s, Progressive reserves the right to modify the terms and conditions of their Snapshot Program at any time. The only ones left without many options are beleaguered American drivers. Civic-minded patriots value their privacy much higher than any potential discount, realizing that free cheese is found only in the mousetrap. Anyone considering the Snapshot Discount program would be best advised to simply snap out of it.