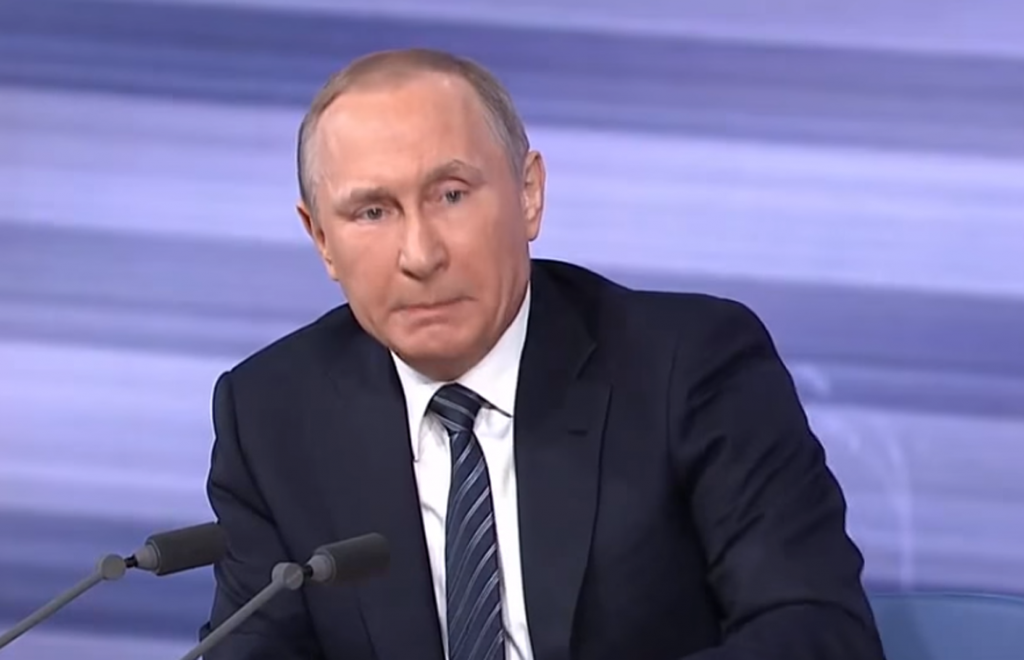 December of 2014 is proving to be a very interesting month for Russia-watchers. Western sanctions are taking their toll, devastating the country’s already weak economy. Russia’s Hamas-style activities in Ukraine carry an expensive price tag, as oil prices continue to fall and the ruble is close to turning into rubble. Russia’s central bank has used $100 billion worth of its $400 billion foreign reserves since July, 2014. These desperate attempts to prop up the country’s currency are failing, as the ruble continues to plummet. The ruble has lost more than 40% of its value against the dollar and 60% against the euro since the start of this year. On December 11, 2014 the central bank implemented the fifth rate hike this year, which raised interest rates to 10.5%.

So far, Russia’s central bank has refused corporate requests for subsidies to the private sector. Corporate leaders are warning that their companies may become insolvent without state support. Investors are expected to pull out a total of $240 billion from Russia by the end of 2015. Russians dumped $20 billion worth of their own currency this year. The central bank doesn’t expect economic growth to return until 2017. Plunging global oil prices are crushing the Russian economy, because of its dependence upon the country’s massive energy sector. About half of the Russian government’s revenue comes from oil and gas exports.

Russian President Vladimir Putin continues to spout angry Cold War rhetoric in official speeches, but seems far less assured while answering questions posed by the journalists. Putin is clearly surprised by the severity of the world’s reaction to his country’s activities in Ukraine, since Russia successfully skirted any potential fallout for its massacre of civilians in Chechnya, as well as invasions/annexations of Georgia (Abkhazia and South Ossetia) and Moldova (Transdniestria). Russia applied the same principles in its attempts to destabilize Ukraine, by creating, arming, training and directing separatist organizations, combined with a military armament buildup and the covert insertion of regular Russian troops. Much to Putin’s surprise, this time the world was no longer willing to look the other way. Sanctions are continuing to demolish Russia’s shaky economy and its shattered public image in the world.

Everyday Russians are facing severe economic upheavals of their own. The Kremlin’s retaliatory embargo, banning Western food imports, severely affected Russian consumers. Prices for basic items, such as chicken, fish, eggs and pork, have gone up by 30 to 40 percent. A shopping frenzy dubbed the “buckwheat panic” is causing this traditional comfort food to fly off the shelves. To make things even worse, because of a drought, Russia’s buckwheat harvest was diminished this year. Some supermarket chains are introducing limits on buckwheat purchases. Russian media refers to this phenomenon as “hysteria” and “buckwheat psychosis.”

In response to Russia’s economic downfall, sex workers raised their prices by up to 40 percent. One brothel told the news reporters that the prostitutes want to peg the cost of services to the dollar, if economic situation in the country doesn’t improve. Establishment-friendly media outlet NTV criticized this move, encouraging the hookers to show some patriotism and “raise their rates for foreigners, in reply to sanctions.” Russian condom makers raised their prices by 15 percent, due to the increased production costs.

In an attempt to appear unfazed by the fallout from his imperialistic adventures in Ukraine, Putin is handing out lavish gifts. On Monday, he gifted an $18.5 million dollar Rothschild Faberge egg to St. Petersburg’s Hermitage Museum. Questions were raised as to how Putin came to possess the multimillion dollar Faberge, as it was sold in 2007 to Alexander Ivanov, a Russian businessman who opened the Fabergé Museum in Baden-Baden, Germany. The connection between the two men is yet to be explained.

Sometimes Putin comes to Hermitage bearing gifts, other times he dispatches the museum’s treasures to foreign lands. This was the case with a Picasso painting Putin reportedly gave to Michel Platini, who heads the powerful Union of European Football Associations (UEFA), in exchange for a FIFA World Cup vote. These allegations are being made by England’s 2018 World Cup bid committee, which gathered intelligence “from a network of British embassies and private intelligence firms staffed by former MI6 officers” over the course of two years. Another painting was given to FIFA voting member Michel D’Hooghe of Belgium, who confirmed receiving the gift and described it as “absolutely ugly.” D’Hooghe and four others are under investigation by FIFA in a new corruption probe connected to the World Cup bids.

While things in Russia already seemed depressingly bad, Putin’s government took another hit a few hours before his state-of-the-nation address, when Chechen rebels launched an attack on Grozny, the capital of Chechnya. The Kremlin has fought two wars to crush North Caucasus in its plight for independence over the past 20 years. In a hypocritical doublespeak, Putin vowed to defend Russia against “attempts to dismember it,” launching an aggressive Anti-Terrorist Operation (ATO). “We remember well who and how in the 1990s supported separatism, and even terror in our lands, by calling murderers with their hands soaked in blood simply rebels,” he said. In the same breath, he demanded that Ukrainian government recognize “the right of self-determination” for predominately Russian terrorist groups in Donbass, whom Putin continues to refer to as “rebels.”

Despite a looming recession, Russia has no plans to curb its military spending. It will be increased by 30 percent in 2015 to a record post-Soviet high of $62 billion. Another industry that thrives under Putin is his extensive propaganda machine, with tentacles reaching to the far corners of the world. No expense is spared in promoting Putin’s twisted agenda in Russia and abroad. The Russian propaganda machine targets disenfranchised elements of the Western societies, by promoting and often inventing various conspiracy theories and latching on to anti-government causes. Kremlin’s demented message is then amplified by Internet trolls and Putin’s deep-pocketed lobbyists the world over.

Simplistic propaganda is often spiced up by photos of Russia’s own atrocities and concocted out of pure fiction. It exploits the ignorance of the Western viewing audiences as to Russia’s distasteful history of distorting the truth and presenting its own version of reality. As things continue to unravel, Putin frames the decline as Russia’s existential struggle against the West for survival as a sovereign state. Russian people find it easier to blame their circumstances on the imaginary imperialist and fascist enemies, rather than their leader. Blind faith in Putin still prevents many from realizing that he is a modern-day incarnation of Ivan Susanin, confidently leading Russia off the cliff.