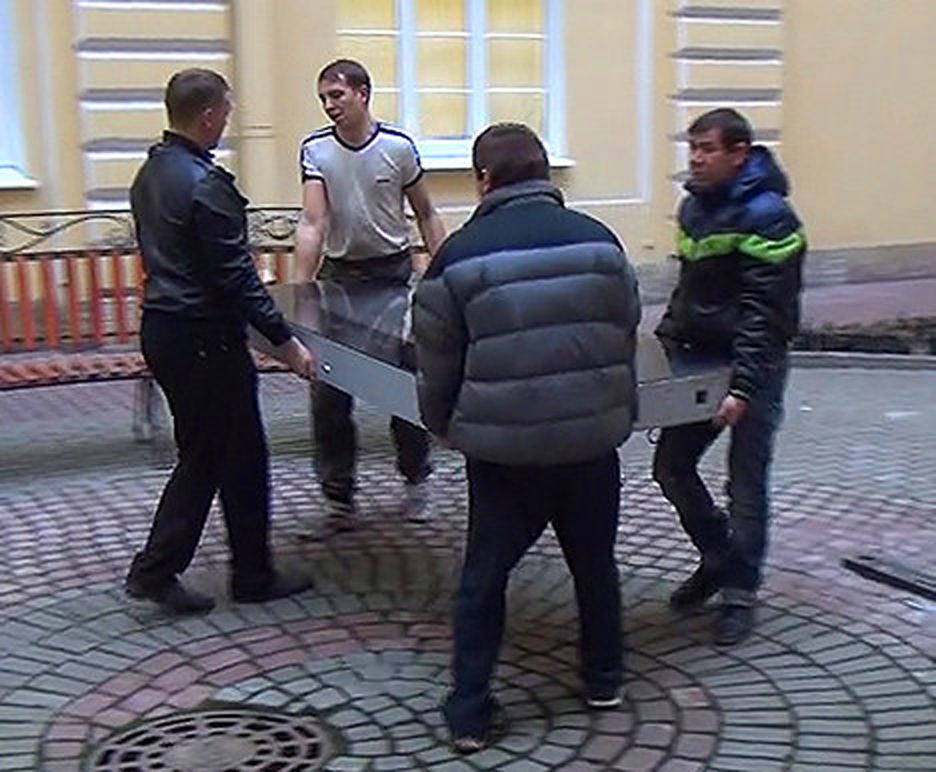 Russia is still not done punishing the iPhone monument, which has been recently dismantled in St. Petersburg, Russia to combat “gay propaganda.” ZEFS (West European Financial Union) announced that it intends to carry out a public destruction of the memorial to Apple founder Steve Jobs in December 2014. The company plans to hold a public vote on the Internet, to make everyday citizens feel like they’re participating in the unilateral decision. The final determination will be made ​​before December 1, 2014.

In December, ZEFS will also unveil its plan to offer “massive compensation” for Russian citizens who publicly renounce the use of Apple products.

A memorial to Apple founder Steve Jobs has been recently dismantled in St. Petersburg, Russia, to combat “gay propaganda,” after Jobs’ successor, Tim Cook, came out as being gay. The structure in the shape of an iPhone was over six feet tall and featured an interactive screen with photos, videos and text about Jobs, Apple’s late co-founder. The iPhone monument was erected in January 2013 by ZEFS, the same group of Russian group of companies that now intends to destroy it. It was installed in Technopark Research University of Information Technologies in St. Petersburg.

In a press release, ZEFS explained that its intent to subject the monument to public destruction is meant to symbolize the eradication of Russia’s “blind and false faith in the legend of the genius of Steve Jobs, who created the largest global IT-company from scratch. Public and blasphemous calls for sodomy by Tim Cook became the last straw.” ZEFS said that it wants the destruction of the iPhone monument to be “public and meaningful.”

“In Russia, gay propaganda and other sexual perversions among minors are prohibited by law,” ZEFS commented, pointing out that the memorial had been “in an area of direct access for young students and scholars”. “After Apple CEO Tim Cook publicly called for sodomy, the monument was taken down to abide to the Russian federal law protecting children from information promoting denial of traditional family values,” ZEFS added.

Cook said that his decision to come out was meant to “help someone struggling to come to terms with who he or she is, or bring comfort to anyone who feels alone, or inspire people to insist on their equality.” Steve Jobs, who died in 2011, was not gay.

Vitaly Milonov, a St Petersburg legislator who has campaigned against gay rights and was among legislators leading the effort behind the law against “gay propaganda,” signed by Putin, has called for Apple’s CEO to be barred entrance to Russia. Milonov exclaimed that Tim Cook should be banned from Russia, because he could bring AIDS, Ebola, or gonorrhea into the country.

Russian Prime Minister Dmitri Medvedev is yet to comment about these developments. Medvedev is an ardent Apple fan, who often poses with his iPhone and is known to take selfies. It is also unclear how the latest anti-iPhone efforts will affect the Caviar iPhone 5s Supremo Putin. 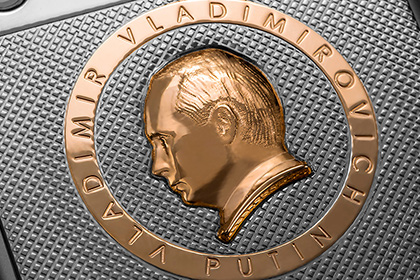 This 18-carat gold plated iPhone 5s features the image of Russia’s controversial President and is available only in Russia at the cost of over four thousand dollars. The maker of the phone, Perla Penna, describes the so-called Putinphone as the “best expression of patriotism.” All available Putinphones were sold out. As Putin’s cult of personality is reaching “epic, disturbing levels,” Russian patriots may have trouble destroying “gay iPhones” without disturbing the image of their homophobic leader.