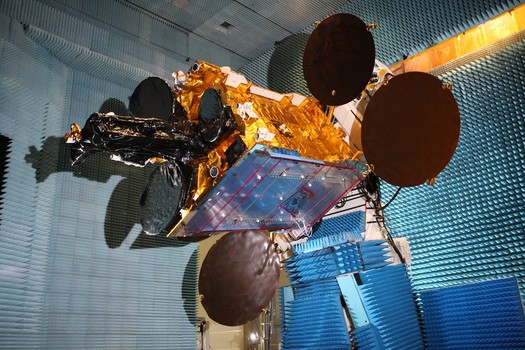 On November 17, 2014, Financial Times reported that the object’s movements are stoking fears over the revival of a defunct Kremlin project, “Istrebitel Sputnikov” (Satellite Killer). Russia previously scrapped this anti-satellite weaponry program, but its military officials have publicly stated that they would restart research in the event of a deterioration in relations with the US. Oleg Ostapenko, General Director of the Russian Federal Space Agency (Roscosmos) said that as of 2010, Russia was again developing “inspection” and “strike” satellites.

The United States has also worked to develop maneuverable-satellite technology, such as NASA’s DART (Demonstration for Autonomous Rendezvous Technology) and the Air Force’s Experimental Satellite System-11 (XSS-11) spacecraft, both of which were launched in 2005.

Ability to destroy or disable another country’s satellites has long been considered a key national-security capability. In 2007, China destroyed one of its own satellites to test its satellite-killer capabilities. The U.S. blew up one of its own defunct spacecraft in 2008.

The secrecy surrounding Russia’s mysterious “Object 2014-28E” helps fuel speculation about its mission. This technology could be used as a satellite inspector, designed to covertly approach another satellite, photograph it or eavesdrop on its communications. It can also potentially be used as an anti-satellite weapon, capable of disabling or destroying another spacecraft. Expecting the worst in this scenario is only natural, in light of Russia’s strained relations with the United States, caused by Russia’s unrepentant, bloody intervention in Ukraine. As a country that wants to be feared – not liked – Russia is capable of anything.