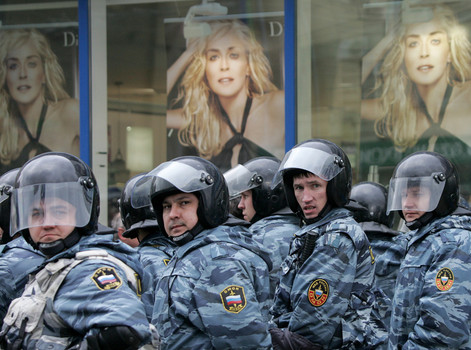 On November 17, 2014, the Walk Free Foundation, an Australian-based human rights group, released its latest slavery index. Estimated number of people in modern slavery globally is 35.8 million, with 61% of them living in India, China, Pakistan, Uzbekistan and Russia.

For the second year in a row, India was found to have the greatest number of slaves in the world, at 14.3 million people. Top five countries with the biggest numbers of people living in conditions tantamount to slavery:

The criteria used by the Walk Free Foundation takes into account the number of people born into servitude, trafficked for sex work, trapped in debt bondage or exploited for forced labor. The index defines slavery as the control or possession of people in such a way as to deprive them of their freedom with the intention of exploiting them. “From children denied an education by being forced to work or marry early, to men unable to leave their work because of crushing debts they owe to recruitment agents, to women and girls exploited as unpaid, abused domestic workers, modern slavery has many faces,” the report said.

Over seven percent of the total number of people enslaved in the world are from the Russia and Eurasia region, reflecting forced labor in construction, manufacturing, domestic work, agriculture, and fishing within the region, as well as construction, agriculture, and manufacturing in Eastern and Western Europe. The strength of organized crime networks have exacerbated the problem, whereby men and women are tricked into accepting tempting job offers overseas, which instead result in forced labor and sexual exploitation.

“As a relatively wealthy nation, Russia is the hub of migration flows in the region, and consequently, a hub of trafficking and exploitation. The majority of migrant workers come from Central Asia and the Caucasus, as well as South East Asia and North Korea. North Korean citizens are subject to forced labor in Russia’s Far East logging industry, through arrangements with the North Korean Government, while Vietnamese migrants have experienced slavery-like conditions working in factories and marketplaces,” the report finds.

Government responses to modern slavery in this region vary considerably in their strength and effectiveness. The report determined that Georgia has one of the most comprehensive government responses to modern slavery. Outside Georgia, governments in the Russia and Eurasia region have made limited efforts to support victims, strengthen criminal justice responses, or address vulnerabilities. Within this region, Georgia, Azerbaijan, Ukraine and Moldova have the strongest legal framework that criminalizes human trafficking, forced labor and/or slavery. Amongst these countries, only Georgia criminalized all three forms of modern slavery.

According to the report, Western governments that are taking the most action to end modern slavery are the Netherlands, Sweden, United States, Australia, Switzerland, Ireland, Norway, the United Kingdom, Georgia and Austria.