On November 28, 2014, 62-year-old Mickey Rourke fought an exhibition match against 29-year-old Elliott Seymour in Moscow. It’s difficult to fathom what motivated the aging actor to participate in such a “match” against a decades-younger opponent. Rourke ended his original boxing career at the age of 21. 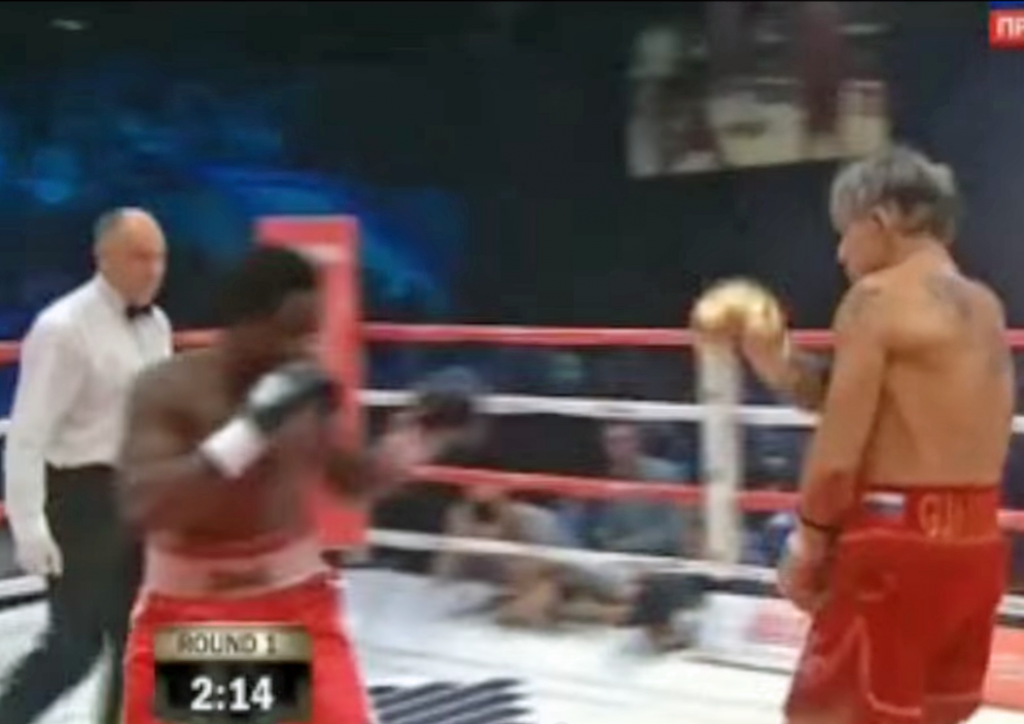 During the cringe-worthy performance, stiff and lethargic Rourke frolicked about the boxing ring in red trunks emblazoned with a Russian flag. He delivered a few flimsy body shots. Seymour flung himself down, movie-style, in an overblown response reminiscent of the ending in the film “Bowfinger.” Rourke offered the poorest imitation of Muhammad Ali’s rope-a-dope and knocked Seymour down twice before the referee stopped the fight. In spite of a lame performance, it’s unlikely that the audience will ask for its money back. After all, show trials, ridiculous government propaganda and faux performances are par for the course in Russia.

Russia’s top boxing expert and veteran commentator, Alexander Belenky, has dismissed Mickey Rourke’s ‘victory’ as a public relations sham. Andrey Bazdrev, former press secretary to the Russian Professional Boxing Federation, also dissed the match as “open clownery.” Others have questioned Rourke’s financial and political motives for putting on the charade as Putin’s puppet. According to MailOnline, “Elliot Seymour, the man who lost to Rourke on Friday, is a homeless drifter who trained at the same Hollywood gym as Rourke and was paid to fly to Russia to make the actor ‘look good’.”

Earlier this year, Mickey Rourke demonstrated his newfound love for Russia’s President, Vladimir Putin, by wearing T-shirts with his image. The actor has been romantically linked to a Russian-born model, Anastassija Makarenko. Rourke reportedly hopes to do four more fights in Russia, as another pawn in Putin’s ploy of using washed-up Hollywood action stars in a bid to legitimize Kremlin’s dubious foreign policy.