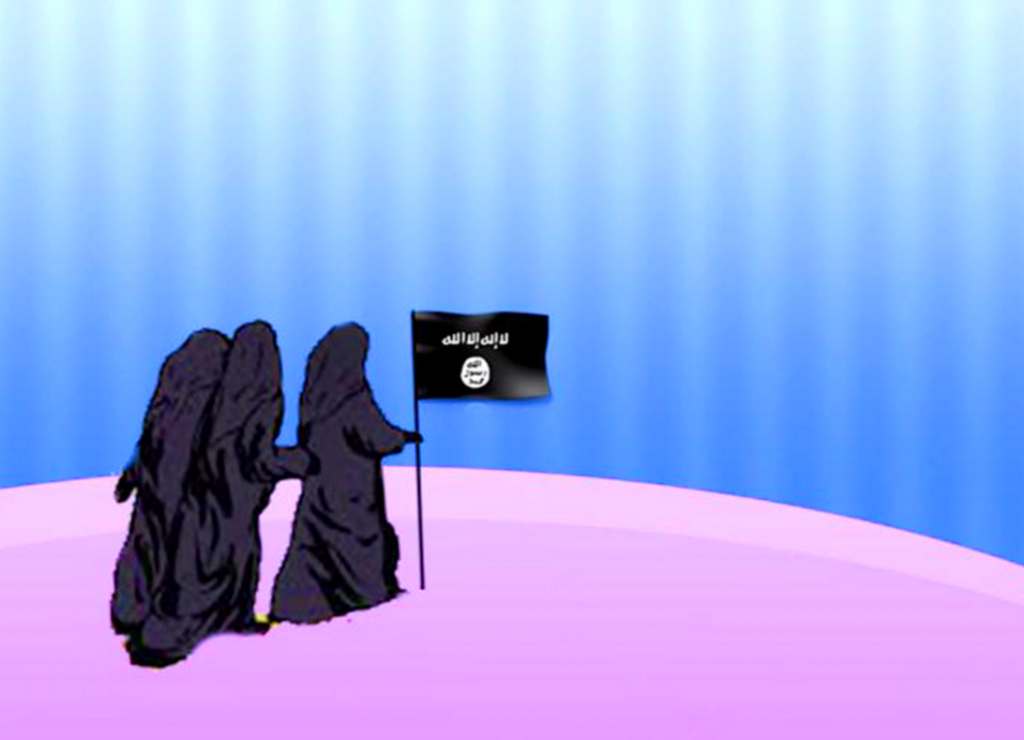 On November 17, 2014, Heather Elizabeth Coffman, 29 of Henrico County, Virginia, made her first appearance in U.S. District Court in Richmond. She is charged with making a false statement regarding an offense involving international or domestic terrorism. According to an affidavit filed by an FBI agent, Coffman promoted ISIS on several Facebook accounts she maintained under various aliases. Court documents also accuse her of offering to help an undercover FBI agent connect with the terrorist group in Syria. When she was questioned by the authorities, Coffman lied, denying that she engaged in these activities.

Mark Henry Schmidt, Coffman’s defense attorney, said that his client was born and raised in the United States, lived with her parents and cared for her 7-year-old child. He seemed to blame the case on “Facebook going badly.” The FBI’s investigation of Coffman commenced when agents took note of her Facebook postings and sought search warrants to access her various accounts. In her social media postings, Coffman exclaimed, “I love ISIS!” and posted images with text that said: “We are all ISIS, Islamic State of Iraq & Sham.” The court ordered her to remain in custody until the next hearing on Wednesday.

The case is just another example of the Islamic State’s recruitment campaign that is raging on the Internet and its surprising impact on Western women. ISIS-affiliated online group named “Al-Zawra’a Foundation” advises Western women to watch training videos on handling weapons, as well as to learn cooking and tailoring skills, so they can cook for ISIS fighters and sew their combat uniforms. Guides for the aspiring ISIS housewives teach them how to become “ultimate wives of jihad,” providing cartoon illustrations on a pink background. “May Allah be pleased with the female companion,” states Al-Zawra’a, “until Allah chooses you for martyrdom.”

The twisted publication of the extremists’ English-language digital magazine called “Dabiq” threatens, “We will conquer your Rome, break your crosses, and enslave your women.” ISIS proclaims that “enslaving the families of the [infidels] and taking their women as concubines is a firmly established aspect of Shariah that if one were to deny or mock, he would be denying or mocking the verses of the Quran and the narrations of the Prophet, and thereby apostatizing from Islam.”

In its digital magazine, ISIS attempts to justify turning non-Muslim women into sex slaves. The article, “The Revival of Slavery Before the Hour,” claims that forcing women to become concubines and sex slaves is acceptable in the days leading up to the Judgment Day. Senior United Nations (UN) officials, Nickolay Mladenov and Zainab Hawa Bangura, issued a joint statement, condemning in the strongest terms the “barbaric acts” of sexual violence and “savage rapes” committed by ISIS fighters against women, teenage girls and boys.

Academic and Middle East expert Haleh Esfandiari writes: “Arab and Muslim governments, vocal on the threat ISIS poses to regional stability, have been virtually silent on ISIS’s systemic degradation, abuse, and humiliation of women. To the men of ISIS, women are an inferior race, to be enjoyed for sex and be discarded, or to be sold off as slaves … The fighters, it appears, are “rewarded” by being allowed to have their way with captured women.”

ISIS calls on fellow jihadists in other countries to recruit brides for the fighters, sending them to Syria. Gullible Western teens falling for the deceptive propaganda are lured into captivity. Internet is permeated by thousands of terrorist websites, such as “Jihad Matchmaker,” which offers to connect Western women with ISIS jihadists. Once the victims agree to travel to the Middle East, they aren’t allowed to return even if they change their mind. The women are quickly impregnated and used as the “reproduction machine,” to help ISIS expand the ranks of future fighters. ISIS propaganda claims that “women are not equal to men” and touts the “joys” of jihadi-living, martyrdom and the “honor” of raising new fighters for Islam.

What the recruitment materials conveniently omit is that young Western girls might find themselves the subjects of Sexual Jihad, which allows temporary marriages, lasting only hours or days. The victim may be passed around in a brothel-like approach, going from one man to the next. Young and beautiful girls are being sold off into the harems of Saudi Arabia, Brunei, or the Gulf States. The UN reports that slave markets now operate in Raqqa, the ISIS “capital” in Syria, and in Mosul, Iraq, with at least 2,500 victims to date.

Women in Iraq and Syria have moved to the forefront of the war against ISIS, since the group threatens not only their lives, but also their humanity and dignity. Some Western women, on the other hand, fall for the ISIS propaganda, which is often prompted by boredom, attention-seeking and utter ignorance. Anti-terrorism officials in Europe estimate that to date, about 300 Western women have joined jihadist groups in Syria.