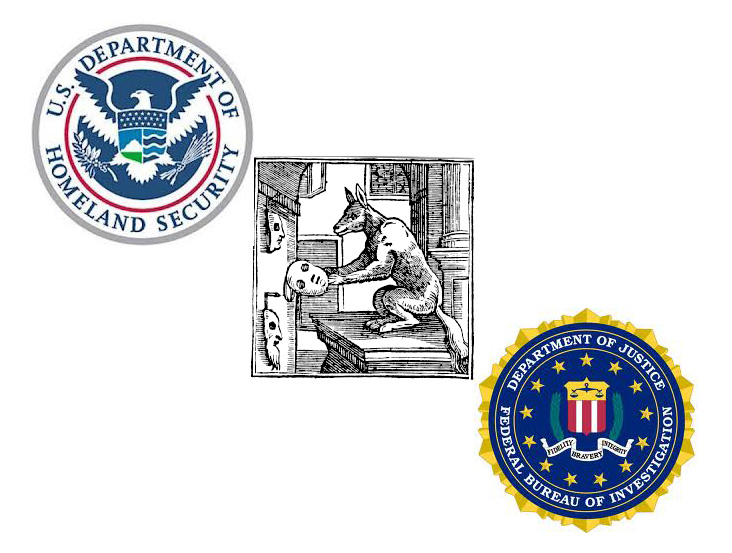 On May 30, 2013, a federal judge sentenced a Lebanese immigrant to 23 years in prison for an attempted 2010 bombing of Chicago’s famous Wrigley Field. The bomb he planted was a fake, supplied to him by undercover FBI agents, who promised to pay the would-be bomber. Sami Samir Hassoun placed a backpack that he thought contained a powerful bomb into a trash container. Patting themselves on the back, authorities say that if it had been real, the bombing would have made the Boston Marathon bombings look like a “minor incident.”

Of course Hassoun never posed a danger to the public, thanks to an investigation led by the FBI’s Joint Terrorism Task Force (JTTF) in Chicago. His only accomplice was an undercover FBI agent.

This modus operandi should sound familiar to anyone who is not preoccupied with watching the Kardashians. There’s been a multitude of cases, created and solved by the FBI.

In one such case, Amine Mohamed El-Khalifi was told to strap on a bomb-laden vest and blow himself up at an entrance to the U.S. Capitol, in the name of jihad. Of course, the explosives were fake and provided by the FBI’s Joint Terrorism Task Force. His only accomplice was an undercover FBI agent, posing as a member of Al Qaeda.

In a case of two “lone wolves” from Alabama, Mohammad Abdul Rahman Abukhdair, and Rasheed Wilson, the duo allegedly planned to perpetrate unspecified acts of violent jihad in Mauritania. Where did they get that idea? Not surprisingly, it came from a confidential source working for the FBI.

In a Boston case you may not have heard of, Rezwan Ferdaus was convicted for attempting to provide detonation devices to terrorists – except those were undercover FBI agents, posing as members of Al Qaeda. Again, they’ve also helped him to obtain a remote controlled aircraft, C-4 explosives, grenades and a number of fully automatic AK-47 assault rifles. In spite of the FBI’s extensive participation, Richard DesLauriers, Special Agent in Charge of the Boston FBI, claimed that “Mr. Ferdaus’ sentence reflects that he alone conceived the plot, was responsible for his illegal acts, and acted purposefully… The FBI’s top priority and clarion mission is to detect, deter, and disrupt all potential terrorist threats to the United States. Our community should be proud of the efforts of the Worcester Police Department, U.S. Attorney’s Office, and all members of the Boston Joint Terrorism Task Force.” Surely, the community would be very proud if the Boston Joint Terrorism Task Force prevented a real bombing.

In a Brooklyn case, Quazi Mohammad Rezwanul Ahsan Nafis was accused of attempting to bomb the New York Federal Reserve Bank. By now, you won’t be surprised to find out that a 1,000-pound bomb he was planning to detonate was a fake, provided to him by the FBI. An agent with the FBI New York Field Office’s Joint Terrorism Task Force (JTTF) posed as an Al Qaeda facilitator.

In Virginia, Amine Mohamed El-Khalifi was convicted for his efforts to carry out a suicide bomb attack on Capitol Hill. El-Khalifi responded to the FBI-controlled Facebook post, seeking mujahideen wannabes to fight in Afghanistan. His accomplices were undercover FBI agents. They’ve also eagerly supplied El-Khalifi with a fake bomb.

Unfortunately, all of this time, efforts and manpower could have been better spent to prevent actual terror attacks, such as the Boston bombing of April 15, 2013, where the authorities ignored warning signs and intelligence alerts. The feds have also failed to share the warnings about the Tsarnaev brothers with local law enforcement. Rep. Michael McCaul (R-Texas), sharply criticized the lack of communication between federal and state agencies. “The idea the feds have this information and it’s not shared with state and locals defies why we created the Homeland Security Department in the first place,” said McCaul. Former Senator Joe Lieberman called it a “serious and aggravating omission.” Lieberman said that the Boston attack could have been stopped. “In a literal sense, the homeland security system, we must acknowledge that we built after 9/11 to protect the American people from terrorist attacks failed to stop the Tsarnaev brothers,” asserted Lieberman.

In fact, the FBI and the Department of Homeland Security are so used to dealing with their self-created scenarios that whenever things don’t go according to the script, they just let them fall by the wayside.

The FBI and the DHS place special emphasis on the so-called “lone offender” homegrown terror threat, since it unties their hands in dealing with any average citizen. What qualifies someone to be designated a “domestic terrorist”? Possessing numerous firearms and ammunition, stockpiling food items and engaging in wilderness, survival, or other paramilitary training.

The way the FBI describes it, “Many militia extremists view themselves as protecting the U.S. Constitution, other U.S. laws, or their own individual liberties… They oppose gun control efforts and fear the widespread disarming of Americans by the federal government… Militia extremists often subscribe to various conspiracy theories regarding government.” Based on this criteria, how many law-abiding American citizens are considered to be extremists?

Playing a part in security theater is much easier than solving real crimes. The government needs to start ferreting out terror threats, instead of creating them.