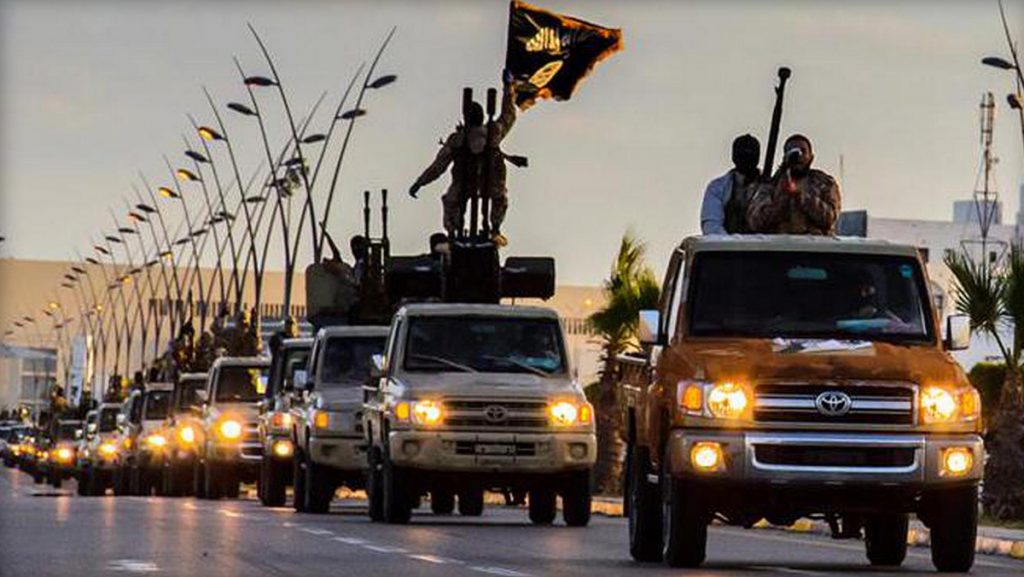 In the new edition of its digital magazine, ISIS attempts to justify kidnapping non-Muslim women and turning them into sex slaves. The article, “The Revival of Slavery Before the Hour,” claims that forcing women to become concubines and sex slaves is acceptable in the days leading up to the Judgment Day.

CNN reports that the rationalization for a return to slavery coincided with the release of a Human Rights Watch (HRW) report on crimes committed by ISIS, which describes the Islamic State’s brutality towards their captives. A litany of horrific crimes includes forced marriage, sexual assault and slavery, with children among the victims.

The twisted publication of the group’s English-language digital magazine called “Dabiq” threatens, “We will conquer your Rome, break your crosses, and enslave your women.” ISIS claims that “enslaving the families of the [infidels] and taking their women as concubines is a firmly established aspect of Shariah that if one were to deny or mock, he would be denying or mocking the verses of the Quran and the narrations of the Prophet, and thereby apostatizing from Islam.”

Academic and Middle East expert Haleh Esfandiari writes: “Arab and Muslim governments, vocal on the threat ISIS poses to regional stability, have been virtually silent on ISIS’s systemic degradation, abuse, and humiliation of women. To the men of ISIS, women are an inferior race, to be enjoyed for sex and be discarded, or to be sold off as slaves … The fighters, it appears, are “rewarded” by being allowed to have their way with captured women.”

ISIS called on fellow jihadists in other countries to recruit brides for the fighters and send them to Syria. Gullible Western teens falling for the slick propaganda are lured into captivity. The Internet continues to be hijacked by thousands of terrorist websites, such as “Jihad Matchmaker,” which connects Western women with ISIS jihadists. Once they make the trip to the Middle East, the women are unable to return even if they change their mind. They are quickly impregnated and used as the “reproduction machine” that is meant to help the organization expand the ranks of future fighters. ISIS propaganda stresses that “women are not equal to men” and concentrates on the “joys” of jihadi-living, martyrdom and the “honor” of raising new fighters for Islam.

What the recruitment materials fail to mention is that young Western girls might find themselves the subjects of Sexual Jihad: temporary marriages, lasting only hours or days. The victim may be passed around in a brothel-like approach, going from one man to the next. Young and beautiful girls may also be sold into the harems of Saudi Arabia, Brunei, or the Gulf States. The United Nations reports that slave markets now operate in Raqqa, the ISIS “capital” in Syria, and in Mosul, Iraq. The U.N. estimates there are at least 2,500 victims. Women in Iraq and Syria have moved to the forefront of the war against ISIS, which threatens not only their lives, but also their humanity and dignity.

Western youngsters, seeking a higher purpose and enlightened “holy” living, travel across the world only to find themselves in the pit of hell.