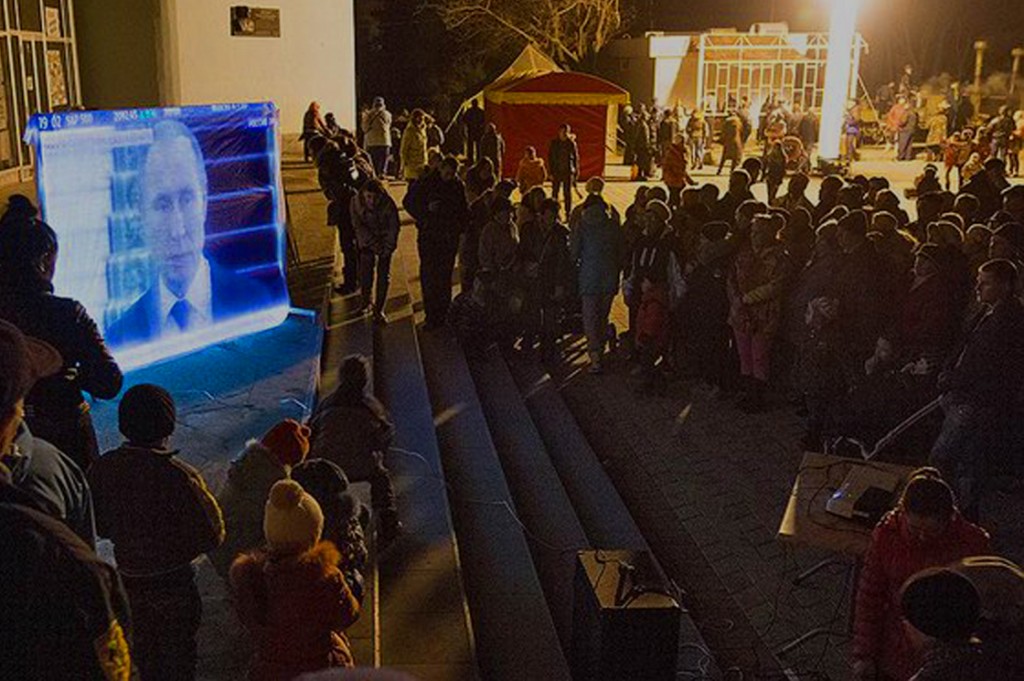 As of December 26, 2014, Ukraine cut off electricity to Russian-annexed Crimea. Ukraine also discontinued train and bus service to the beleaguered peninsula. Ukrainian security services issued a statement, stating that travel to Crimea is being halted to protect passengers, citing threats of “armed groups, extremist parties and the military aggression of the Russian Federation.”

Crimea’s only mainland link is with Ukraine, which maintained its control over the recently-annexed peninsula for over 60 years. Crimea is dependent on Ukraine for most of its supplies, including food, electricity and water. Ukraine’s decision to halt train and bus service to Crimea comes shortly after Russia decided to halt its train services to Ukraine on Dec. 14, 2014.

Ukraine is experiencing severe electricity shortages, caused in part by Russia-funded terrorists and separatists in eastern regions of the country. Rogue elements are overusing electricity in staggering amounts, while also preventing shipments of coal to its power plants, which generate around 40 percent of the country’s power. Ukraine’s energy ministry stated that it had to cut off power supplies to Crimea for the second time this week, because the peninsula had failed to curb consumption as required. “There remains an energy deficit in Ukraine and they exceeded their limit and therefore electricity supplies were switched off to them. As soon as they return to the limit, they’ll be reconnected,” an energy ministry spokesman explained.

To contain its power supply crisis, Ukrainian government has had to ration electricity to all regions, including unlawfully-annexed Crimea. Energy Minister Voldymyr Demchyshyn warned that all regions, including terrorist-controlled territories in eastern Ukraine, would be cut off entirely if they did not comply with the official power conservation guidelines.

Russia’s ill-conceived annexation of Crimea has become a headache for Russia, which is experiencing severe economic problems of its own due to crippling sanctions imposed by the U.S. and Europe. On Friday, the world’s largest credit and debit card companies – Visa Inc. and MasterCard Inc. – announced that they were suspending operations in Crimea to comply with the latest wave of U.S. sanctions. American companies may no longer invest in Crimea or provide services to firms operating there.

In the meantime, peace talks between Ukraine and Russia-backed separatists have resulted only in hundreds of prisoner exchanges. Further diplomatic negotiations have been cancelled on Friday. The Russian-funded bloodbath between the terrorists and Ukrainian military has claimed more than 4,700 lives to date. Hostilities continue amidst the decision by the Ukrainian parliament to abandon the country’s non-aligned status, a first step toward Ukraine’s possible bid for NATO membership. Just one year ago, Ukraine had no interest in joining NATO. Russia’s offensive in Crimea and its Hamas-style activities in eastern Ukraine have prompted the nation under siege to seek Western alliances, in order to protect its sovereignty. On Friday, Russia hardened its military doctrine, formally identifying the NATO buildup close to Russia’s borders as a major threat.