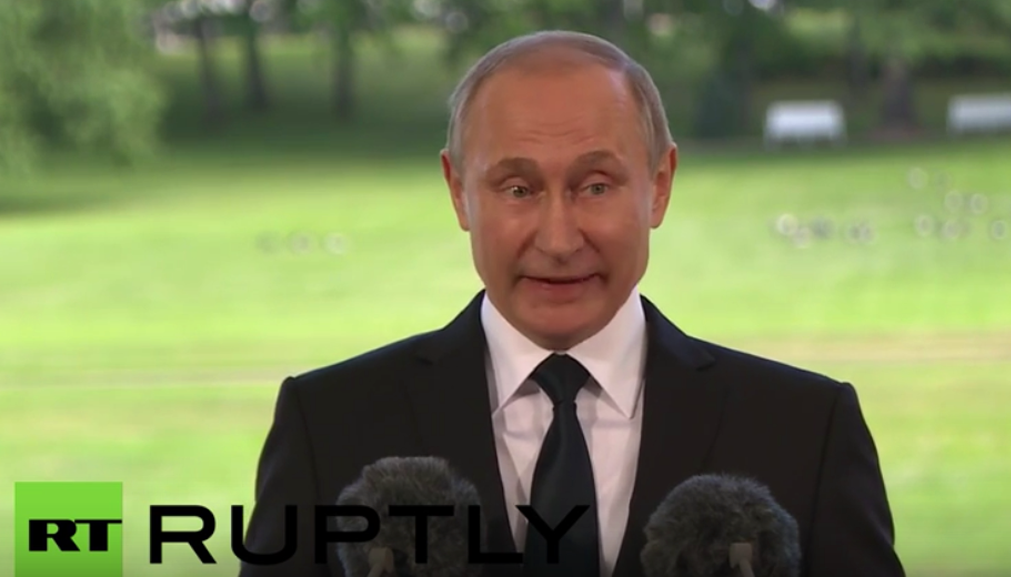 Russian President Vladimir Putin has invited North Korean leader Kim Jong Un to visit Moscow in 2015, the Kremlin’s spokesman Dmitry Peskov said on Dec. 19, 2014. North Korea’s reclusive leader would be celebrating the anniversary of the former Soviet Union’s World War Two victory on May 9, 2015. Last month, Kim Jong Un sent his personal envoy to Moscow to further deepening ties between Russia and North Korea. If Kim accepts Putin’s offer, this will be his first public foreign visit since coming to power in December 2011.

Russia’s Gazprom wants to build a gas pipeline through North Korea, to provide natural gas exports to South Korea. Russia also seeks leverage in dealing with the West, by offering help in resuming stalled international talks on North Korea’s nuclear program. The talks were suspended after Pyongyang tested nuclear devices in 2006 and 2009. Russia’s leading mad-hatter ideologue Alexander Dugin advocated that Russia should be providing nuclear weaponry to North Korea, as the last refuge of communism. Russia’s politicians and talking heads see North Korea as a partner in the grandstanding between post-Soviet holdouts and the West. North Korea is also providing free workers for the labor camps in Siberiain exchange for the payments from Russia to the government of North Korea. Laborers live and work in deplorable conditions, with terms ranging from three to ten years.

In return, North Korea needs Russia’s support as a permanent veto-wielding member of the U.N. Security Council. Pyongyang continues to face international criticism over accusations of human rights abuses and its nuclear program. In November, the U.N. General Assembly committee passed a resolution calling for the Security Council to consider referring North Korea to the International Criminal Court for alleged crimes against humanity.

The timing of this invitation is peculiar, to say the least. It comes on the eve of the announcement that North Korea was involved in the hacking attack on Sony Pictures Entertainment. The FBI pointed out that the tools used in the Sony hack bear similarities to last year’s cyberattack against South Korean banks and media outlets, which was carried out by North Korea. Senator Robert Menendez (D-N.J.), the outgoing chairman of the Foreign Relations Committee, urged Secretary of State John F. Kerry to consider re-designating North Korea a state sponsor of terrorism in the wake of the cyberattack.