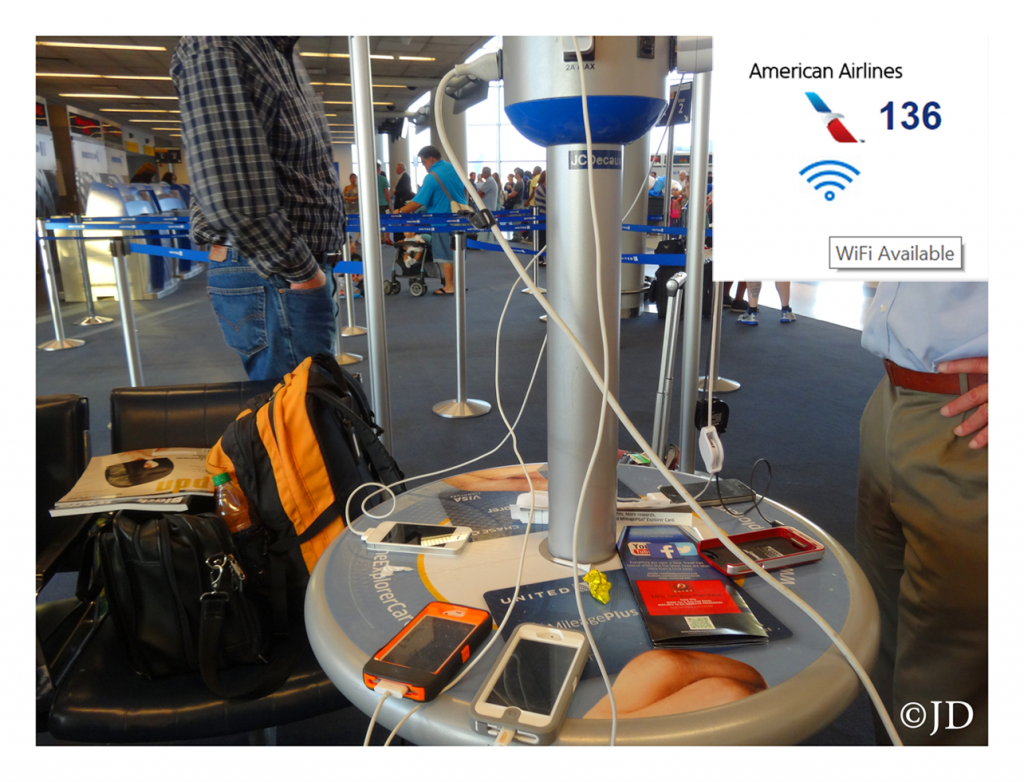 On October 27, 2014, American Airlines Flight 136 to London is set to depart at 7:50 p.m., after Sunday’s flight out of Los Angeles International Airport was cancelled. A passenger’s phone picked up a WiFi network named “Al-Quida Free Terror,” prompting massive overreaction. After the passenger informed the flight crew, the plane was returned to the terminal at a remote part of the airport. LAX police officers boarded the plane and investigated the incident, telling passengers to turn off their electronic devices. Passengers were initially told that it was a maintenance issue. An hour later, they were informed that “there was a security threat” and the plane didn’t have clearance to take off. Passengers were kept onboard for several hours, only to find out that the flight was being delayed until the next day.

Officials determined that no crime had been committed and no further action will be taken, LAX Police Sgt. Karla Ortiz said. “Passengers were interviewed and cleared to continue with their travel plans,” she reported. Nonetheless, the delay stranded many passengers in Los Angeles for an entire day.

American Airlines responded to frustrated passenger’s commentary on Twitter, stating: “We’re sorry for the inconvenience. A customer reported a concern. We’re delaying the flight out of an abundance of caution.” The source of the hotspot could be determined by the authorities, if it was deemed necessary.

The website for American Airlines now shows the re-scheduled flight. Alongside flight info are the graphics, notifying the passengers that WiFi is available. Hopefully, passengers will have the foresight not to name their WiFi hotspots after notorious terror groups, if they intend to get to their destination without delay.