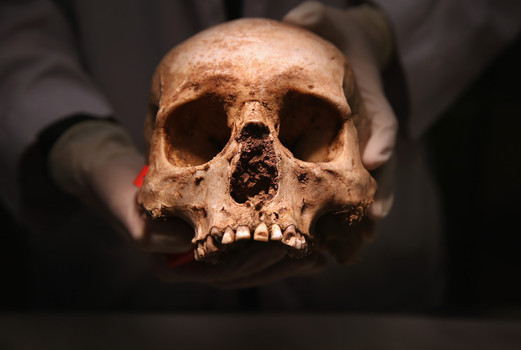 Los Angeles County’s 1,416 unclaimed bodies were buried in a mass grave on December 10, 2014. They were cremated in 2011, but held by the county for three years, in hopes that the relatives would pick up the remains of their loved ones. LA County maintains an online database of unclaimed dead people, but it includes only the cases that went through the Office of the Coroner. That represents only about a third of all unclaimed deceased in Los Angeles.

The only complete list in existence is a handwritten ledger at the county cemetery in Boyle Heights. The county eventually plans to put the complete list online. The numbers of the unclaimed dead in Los Angeles County are staggering. The latest data reveals that for the year 2011 there were 843 unclaimed deceased men, as well as 431 women, 137 babies and two children. This includes at least 16 homicide victims.

Some of the stories are truly heartbreaking. Tina Williams told the Los Angeles Times about her struggle to claim the ashes of her late boyfriend, Jermaine Washington. They were dating for about 10 years and had a child together. When Washington passed away of an unknown illness, Williams was not allowed to collect his remains, because the couple weren’t legally married. His mother was the next of kin, but didn’t pick up the ashes for three years. Williams saw her deceased loved one in a dream, saying, “Nobody wants me.” She filed a petition for a court order, which finally allowed her to take Washington’s cremains. Williams said, “He’s home.… He’s at peace … He’s wanted.”

For the 1,416 deceased, whose remains were unclaimed, a remembrance ceremony was held at the Los Angeles County Cemetery, where Chaplains of different faiths read the burial rites of multiple faiths. People who didn’t know each other in life were united in death during the somber burial.